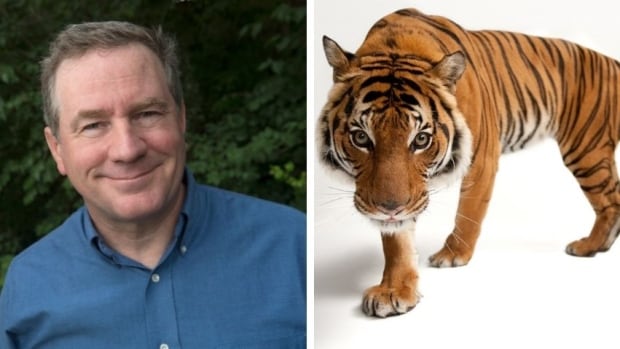 Joel Sartore is excited to come to Calgary this weekend — to see a bird.

The National Geographic The photographer says the Calgary Zoo is the only place where the greater sage-grouse, an iconic bird of western North America, is cared for by humans, thanks to a breeding program established in 2016. He wants to document it.

For 12 years, Sartore has made it his mission to photograph all animal species in captivity, “from ants to elephants”. It’s part of a project called Photo Ark that aims to raise awareness about the extinction crisis.

There are approximately 20,000 animal species in zoos, aquariums and wildlife sanctuaries around the world. So far, Sartore has photographed around 12,000, all on black or white backgrounds.

“We all do them so people can really see these animals, look them in the eye,” Sartore told listeners. The last straight line Thursday. “People can just see that there is great intelligence out there and these creatures are worth saving.”

In Canada, populations of endangered animals face threats including pollution, loss of biodiversity, overexploitation of commercial species and loss of habitat, all potentially exacerbated by climate change.

Worldwide, more than 40,000 plant and animal species are threatened with extinction, according to the International Union for Conservation of Nature’s Red List.

Sartore knows there are criticisms of wildlife being kept in captivity, but thinks zoos can help raise awareness.

“I don’t think anyone likes a bad zoo, but good zoos where there’s abundant attention and care, they educate the public. They keep us connected to nature,” he said.

Sartore says zoos are also helping by restoring destroyed habitat and establishing captive breeding programs, such as efforts by zoos across Canada to save the Vancouver Island marmot from certain extinction. .

“This animal isn’t quite out of the woods yet, but at least it’s stable. That’s a big deal.”

Tricks of the trade

So how does Sartore capture his animal portraits?

He says he photographs more dangerous animals, like lions, tigers and bears, through a wire or mesh barrier.

For smaller, faster-moving creatures, like frogs or bumblebees, “it’s more about containment.” The animal enters a small white fabric tent, and only Sartore’s camera lens goes inside.

After a few minutes, the animal returns to its enclosure.

Having photographed more than half of the animal species in captivity, Sartore says it will take 10 to 15 years to wrap up the Photo Ark project. He hopes people will continue to be inspired by his portraits and take action to protect species at risk.

“If we think we can drive half of all species to extinction in the next 50, 60 years, but people will be fine, it won’t work that way. It just won’t work,” did he declare.

Sartore will talk more about his experience building the Photo Ark at the Jack Singer Concert Hall in Calgary on February 6-7. The event is sold out, but people can join the waitlist here.

With files from The Homestretch

If Biden cancels student loans, it will happen next