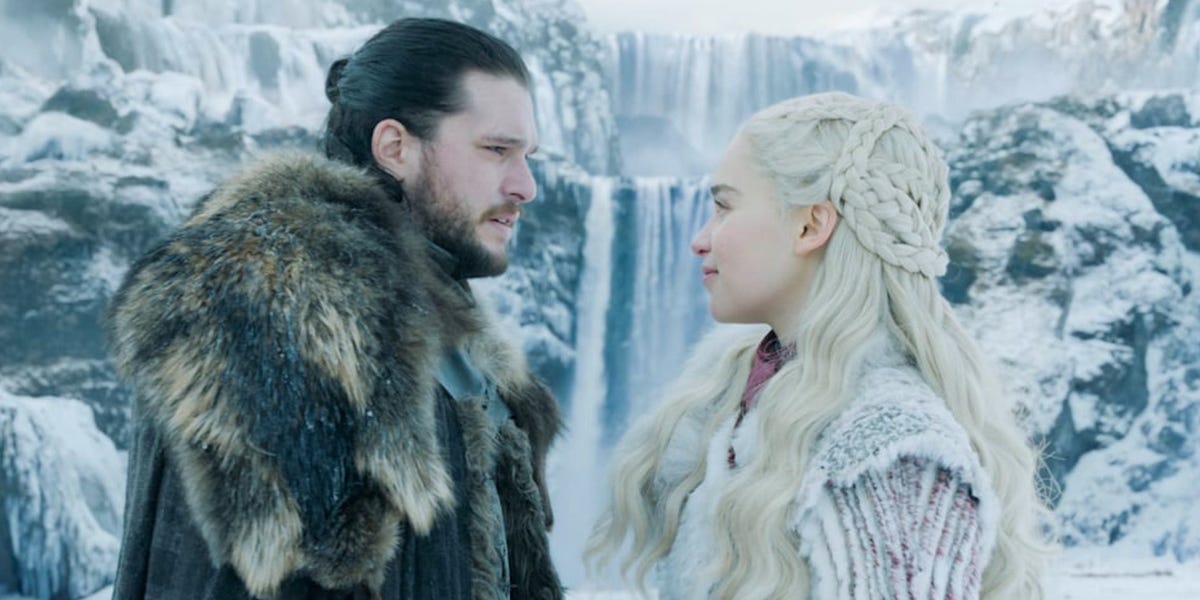 This say-to-say essay is based on a conversation with Alon Zaslavsky, a 46-year-old senior technical artist in town of jam from San Francisco who worked in visual effects for “Game of Thrones”. It has been edited for length and clarity.

Video games, comics and animation – I’ve always been into those things, but it wasn’t until I was 22 that I got into graphic design for $9 an hour working at full time in a photo development and business card design studio. business that I realized I could make money doing something creative. After hearing an ad for SAE Expression College, an animation school, I decided to check it out.

I was sold the second I walked in. I graduated during the dot-com crash, but eventually got my foot in the door somewhere and became CTO.

I worked on the Emmy-winning visual and special effects team for two seasons of “Game of Thrones”: the season four finale and several episodes of the final season. Between seasons four and eight, I also worked at Disney Animation on “Moana” and at Dneg (formerly known as Double Negative), where I worked on “Miss Peregrine’s Home for Peculiar Children”, “Alpha and the first “Wonder Woman Film”.

I joined the “Game of Thrones” team in 2014 while working with Scanline VFX. I quit working for Dneg to help with the eighth season full time, about eight to 10 hours a day with no weekends. As a fan of the books, I didn’t care what I did. I was just happy to work on the show.

The episodes I contributed for both seasons were the same episodes submitted for the Emmys, and both times those episodes won for Outstanding Special Visual Effects.

Directly in my department, we had two to five people working on the clock, depending on the schedule. We worked on 2 1/2 minutes of scenes for the season four finale, and the visual effects for those scenes alone took four to six months. The amount of detail that goes into this work is intense.

This is one of the reasons why the visual effects for “Game of Thrones” were completed by several effects houses like the one I worked for. HBO would distribute portions of episodes from each season to different effects houses, keeping the teams small due to budget constraints and high levels of secrecy. Preventing spoilers from reaching the public was a top priority (the non-disclosure agreements we had to sign were real). This meant that the effects houses worked independently of each other, sometimes in silos.

We didn’t know what the other visual effects companies were doing. We only knew what we had to do. We had our individual scenes, snippets and parts to work on with specific characters and creatures without understanding the overall plot. Every day we would submit our work to our supervisor, and once the supervisor approved the work product, HBO would take a look and send back notes if they wanted further iterations.

During part of the Battle of Winterfell in season eight, I did all the zombies, or “wights”. There were about 20 shots of wights swarming the dragon in this scene.

Creating an on-screen digital creature, like a zombie, starts with the design. A 3D artist will take this design and sculpt it using 3D software, turning it into a three-dimensional statue. An artist will then give textures to the statue.

Textures define how the character will look in digital lights and how its final appearance will come out when rendered. This textured statue then goes to what is called a rigger.

Rigging is the technique used in animation to create a 3D character using interconnected digital bones. A rigger is someone who will place the digital bones into the 3D statue, work on the skin, make sure the statue is attached to the digital bones, and then give commands to animate the bones – turning that statue into a digital puppet that an animator can manipulate and animate.

Then 3D animators will bring the character to life, using digital lighting to recreate the effects occurring in the scene that the live camera captured. This way everything plays together as if it were happening in real time.

I was the lead technical director for character effects, which means I was directing the tools and software for what needed to be done. Often I would set up the digital rigs for character movement. For the “Game of Thrones” dragons, I worked with my team to create a digital fabric platform for the wings to move properly on screen.

To maintain continuity between episodes, we were sometimes given a template to work with from the original effects artist

The models were not complete works.

My team and I needed to revamp the character we were recreating based on the model, as the original effects house that built the character maintained proprietary platforms with trade secrets that they kept for their in-house team. This meant that if I needed to work on a dragon originally created by another effects house, I would be given the model of the dragon to work with, but the model would not have the infrastructure for it. animation. So my team and I had to repaint, re-rig and re-texture the dragon and make it as close to the original as possible.

Once the pieces for the individual effects houses were ready, they were sent to the main in-house visual effects supervisor for “Game of Thrones”, who then weaved it all together to create the final episode which aired on our screens.

A compositor would take the digital renders and place them on top of the captured video on set, add all the visual effects (including other effects, like fires, smoke, or fog), and then composite it all into one single final image, blending all the layers to make it look like they belonged together.

This process was long and arduous, with many hands involved to achieve the end result.

The biggest challenge was creating these kinds of scenes in companies that didn’t have the necessary tools, so I had to create the tools we needed – which was nothing compared to what Thomas Schelesny, the supervisor visual effects, did it for me. He submitted my name for recognition by the Television Academy, so I received a personal recognition award, which I framed. He did it for both Emmys, so I got two.

I loved working on a show that I was so passionate about. The only thing I didn’t like was that I couldn’t work on it more.