VIRGINIA BEACH, Virginia – With Hampton Roads on the east coast, we’re fortunate to say that we can see the sunrise over the ocean. If you wake up early enough, you can cruise to shore for larger-than-life views.

It’s something Virginia Beach resident Shawn Young does all the time.

Young is a graphic designer by trade, but he is also the photographer behind @vabeachsunrises, an Instagram page with over 9,800 subscribers. Her photos show off the stunning shades of orange, pink and blue that accompany the sunrise over the Atlantic Ocean. They were taken in different parts of Virginia Beach including Oceanfront and Sandbridge.

It’s a project he started in 2017 after leaving the countryside of Oahu, Hawaii, where he spent his mornings at the beach concentrating for the day.

Once he settled in Virginia Beach, he found himself doing the same thing and started taking photos to share with the world.

“It would hit me, like ‘Wow, it’s a beautiful sunrise.’ I would pull my phone out of my pocket and take a picture of it, â€Young said.

What is cool @vabeachsunrises is that most of the photos were taken on an iPhone, although Young said he used a more expensive camera in the past.

Young told 13News Now that he hopes his photos can spread positivity on social media.

â€œThere is so much negativity on social media. Taking pictures of a sunrise will only spread joy and good feelings to people,â€ Young said. “In a way, it’s sharing something good with the world rather than complaining and trying to upset people.”

For those who want to go out and get the perfect sunrise shot, Young shared several tips for giving it a go.

You don’t need an expensive camera

Young said there is a tendency to rely on the functionality of more expensive cameras. When you are forced to use a cheaper device, you have to think more about the composition of your shot.

â€œEven though the phone has a lot of limitations, if you learn to work within its constraints, you can get some really great photos,â€ he said.

Young said he would check the weather, as well as the sea and air forecast, the night before filming to get a feel for what the sky will look like in the morning.

While he said clear sunny skies are nice, there is one particular weather condition he is aiming for.

“If there is a thunderstorm in the evening and partly cloudy conditions forecast for the next day, the skies will be among the most colorful and spectacular,” he said. “These are the mornings you want to make sure you get up for.”

If you don’t, you risk ending up with lens flare and light artifacts, Young said.

Young encourages people to let the natural image speak for itself, even if the temptation to increase color saturation and add effects is real.

Young said having a prominent foreground and a colorful background can make a photo more interesting.

â€œMost phones have a wide-angle lens by default, so getting down to the ground and letting the water get very close to the camera can make for a really spectacular shot,â€ he said. declared.

â€œThere is probably a metaphor for life in this advice,â€ he said.

Young pointed out that phone camera apps have a grid that you can turn on. He said that if you use it to guide your photo composition, your photos will generally look much better.

In his final tip, Young encouraged people to keep looking for new ways to approach a familiar topic. 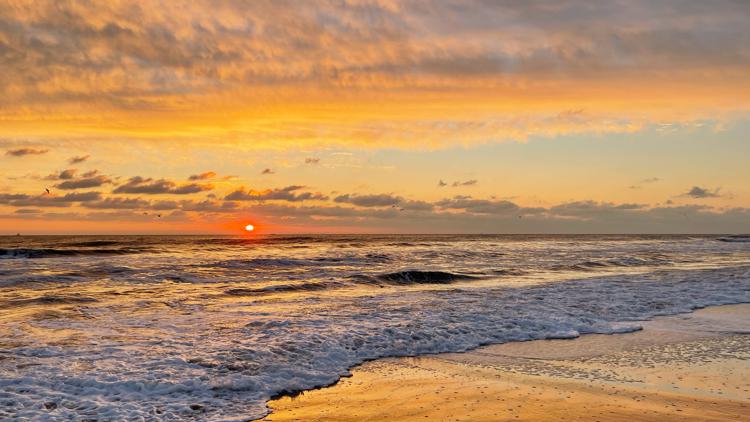 The young people encouraged people to support him by following the Instagram pages, and leaving likes and comments. He is also planning to release the second version of a photo book. it was released in 2019.

Author’s Note: The above video has been archived since July 2020.

Baron’s Workshop is coming to Steam