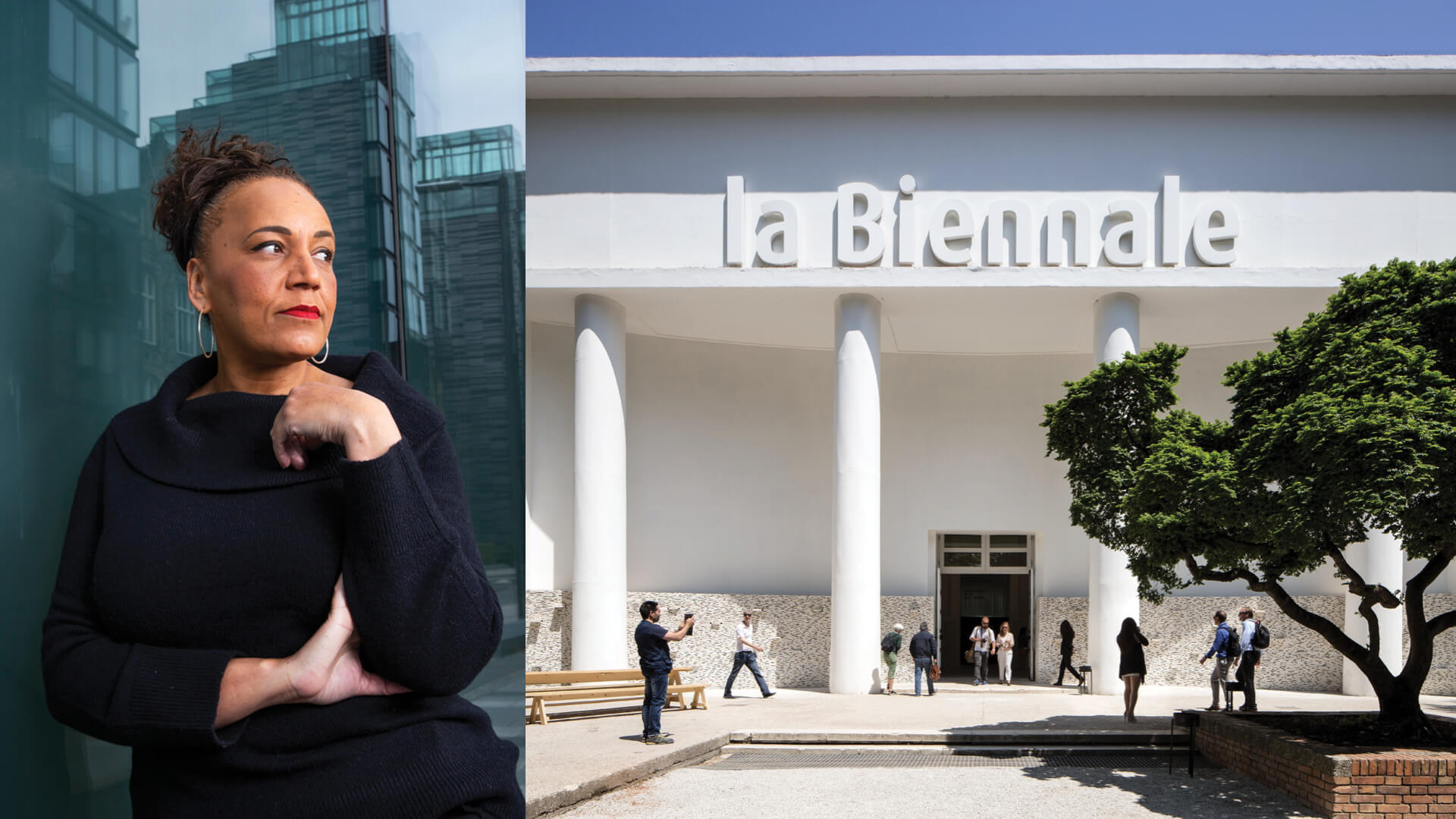 “To have hope is to be profoundly human”: this is probably one of the most important statements that curator Lesley Lokko made during the presentation of the 18th International Architecture Exhibition, for the Biennale of architecture of Venice, significantly titled The laboratory of the future. Listening to the words spoken by Lokko, who is an established Ghanaian-Scottish architect and scholar as well as a narrative writer, this exhibition promises to connect the local to the universal in a very inclusive perspective, without leaving us hopeless even in these hard times. .

Lokko is a graduate of the Bartlett School of Architecture in London and holds a doctorate in architecture from the University of London. She has taught at several renowned institutions in the United States, Europe, Africa and Australia, while receiving numerous prestigious awards and assignments around the world. In 2015, she founded the Graduate School of Architecture at the University of Johannesburg, South Africa. In 2019, she was appointed Dean of the Bernard and Anne Spitzer School of Architecture in New York, a position from which she resigned in 2020 to found the African Futures Institute in Accra, Ghana, a graduate school aimed at promoting an interdisciplinary approach. architectural research.

While waiting to visit the exhibition which will be open from May 20 to November 26, 2023 between Giardini, Arsenale and other places located in the city of Venice, Italy, it is already clear that the focus will be on a very specific: the African continent, with all the complexities it represents not only for itself, but also for all of humanity. In fact, says Lokko, there is no doubt that “according to anthropology, we are all Africans”, but that is not the only reason why Africa is the place we should look back at. the times in which we live. At the start of the pandemic, inequalities as well as social and geopolitical tensions deepen and become increasingly evident: one of the two global issues that have emerged in recent decades, decolonization and decarbonization, inevitably converges towards Africa. Africa is best known for being the youngest continent on our planet and, when it comes to architecture, it should come as no surprise that it is also considered the territory with the fastest growing urbanization. This often leads to side effects due to the frequent lack of planning, but still makes Africa the most dynamic place in the world also in this field. According to Lokko, Africa is definitely where the future starts from, and “what happens in Africa, happens to all of us”.

It is obvious that it is necessary to overcome the misunderstandings due to centuries of Eurocentrism, as Roberto Cicutto, President of La Biennale di Venezia also underlined in his introduction: while we listen to a quotation from the lectio magistralis originally given by Umberto Eco at the inauguration of Expo Milano in 2015, it is almost impossible not to reflect on the magnitude of the world’s fairs, and even the Venice Biennale itself, which show a Eurocentric dynamic in the form of pavilions for a very long time. Lesley Lokko, thanks to more than thirty years of experience in the fields of research and education crossing different cultural contexts, embodies the possibility of a mutual dialogue between Europe and what is undoubtedly the majority of the world. humanity, if we finally leave behind the Eurocentric perspective and treat the rest of the world as it deserves.

This dialogue does not exclusively concern the different cultural and geographical contexts, but also the disciplines. During the presentation, eloquent slides parade behind the curator: from the modern conception of “carnival” developed by the Russian philosopher Michail Bakhtin, to a famous quote on the urgency of climate change contrasted by Barack Obama, Lokko demonstrates the ability to connect many references to each other while following the direction of a common and meaningful goal.

Among many other references, the most representative is the notion of “workshop” theorized by the American sociologist Richard Sennett. “Workshop” is at the heart of “The Craftsman”, one of Sennett’s most important essays, and explains well the title chosen by Lokko for this Biennale. The noun “laboratory” recalls the field of modern science, where laboratories are mostly spaces that end up being separated and even isolated from the surrounding context, while the “workshop”, according to Sennett, is not only a physical space, but also a relational space where the community can meet and reconnect between people and disciplines, as has already happened in ancient cultures such as Greek and Chinese. Since we are in Venice, a city where architecture and craftsmanship have often been deeply linked and have led to extraordinary results, we also ask Lokko what role does craftsmanship have in the relationship between ‘race’, ‘culture’ and ‘space’, the three key words with which his architecture biennial begins. not just a place where you come to do things, it’s also a place where you come to make ideas,” replies Lokko, and this answer can only make us even more curious to know what this exhibition will look like. “complex, but necessary”.

When we then asked Lokko how to connect the incredible interdisciplinarity that characterizes African architecture with European humanism, she replied that it was time to “think beyond the narrow boundaries of architecture, landscape , town planning”. This means that the African perspective could help us all to rethink and “broaden” our vision not only with regard to the more specific field of architecture, but also to broader global issues.