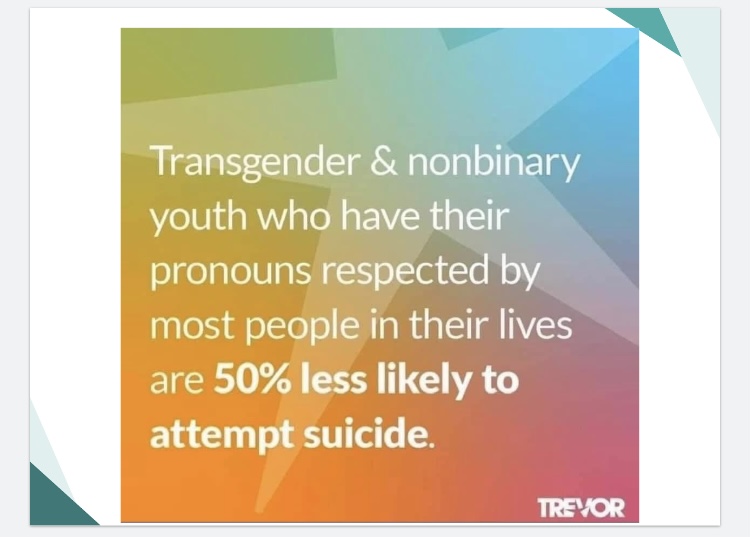 Trans-affirmation workshop for guests of the sixth and ninth parishes

The workshop covered topics such as the use of pronouns, intersectionality, terminology, the history and context of transphobic systems, â€œoutingâ€ and coming out. Many parents and grandparents who wanted to better support their LGBTQ + children or grandchildren attended the free workshop.

Praxis Group, an LGBTQ + consultancy in Chicago, facilitated the event, and Praxis Group co-founder Jes Scheinpflug led the workshop, which was only accessible to residents of 6th and 9th neighborhoods. Given the high level of interest, Scheinpflug hopes that other Council members will bring these workshops to their neighborhoods.

The trans assertiveness workshop began with an introduction to cultural humility, and continued by exploring how learning to be assertive is a lifelong commitment. Scheinpflug discussed pronouns and why pronoun introductions are important. Assistants were then sent to breakout rooms to practice introducing themselves with their pronouns and correcting themselves after using incorrect pronouns.

The workshop also covered intersectionality, sex and gender discrimination and the suicide rate within the trans community, which is 41%. Trans and non-binary youth who are respected by most people in their lives are 50% less likely to attempt suicide, according to the Trevor Project. Reflecting on this statistic, Scheinpflug said the disparity suggests the importance of supporting trans and non-binary youth.

Participants learned the difference between an individual’s gender identity – the gender they identify with – and the sex assigned to them at birth. Scheinpflug also explained how these terms differ from sexual orientation, which refers to a person’s pattern of romantic or sexual attraction. Discussing terminology, Scheinpflug stressed that being a supportive ally is not about memorizing words, but rather knowing how to ask the right questions.

In another exercise, assistants were asked to make assumptions about Scheinpflug’s gender, and whether they presented themselves with more traditionally feminine manners, dress choices and behaviors, or if they presented themselves in a more traditional way. more masculine. The range of responses highlighted for participants that the assumptions people make on a daily basis are influenced by their own understanding of gender, which differs greatly from individual to individual.

The workshop ended with questions from the participants. â€œMost of the people there had a loved one in their life that they had specific questions about,â€ Scheinpflug said. “We talked about trying to make the place as safe as possible, knowing that no one can guarantee someone else’s safety.”

Ms Fleming said residents she spoke to after the workshop said they had benefited from it and would like a second workshop. She said she paid for the workshop out of pocket and was unsure if she would hold another workshop due to the expense. But she hopes city staff and city council run more LGBTQ + affirming programs.

â€œI hope the town of Evanston does a bit more education and advocacy,â€ Scheinpflug added. “I don’t see much for the trans community.”