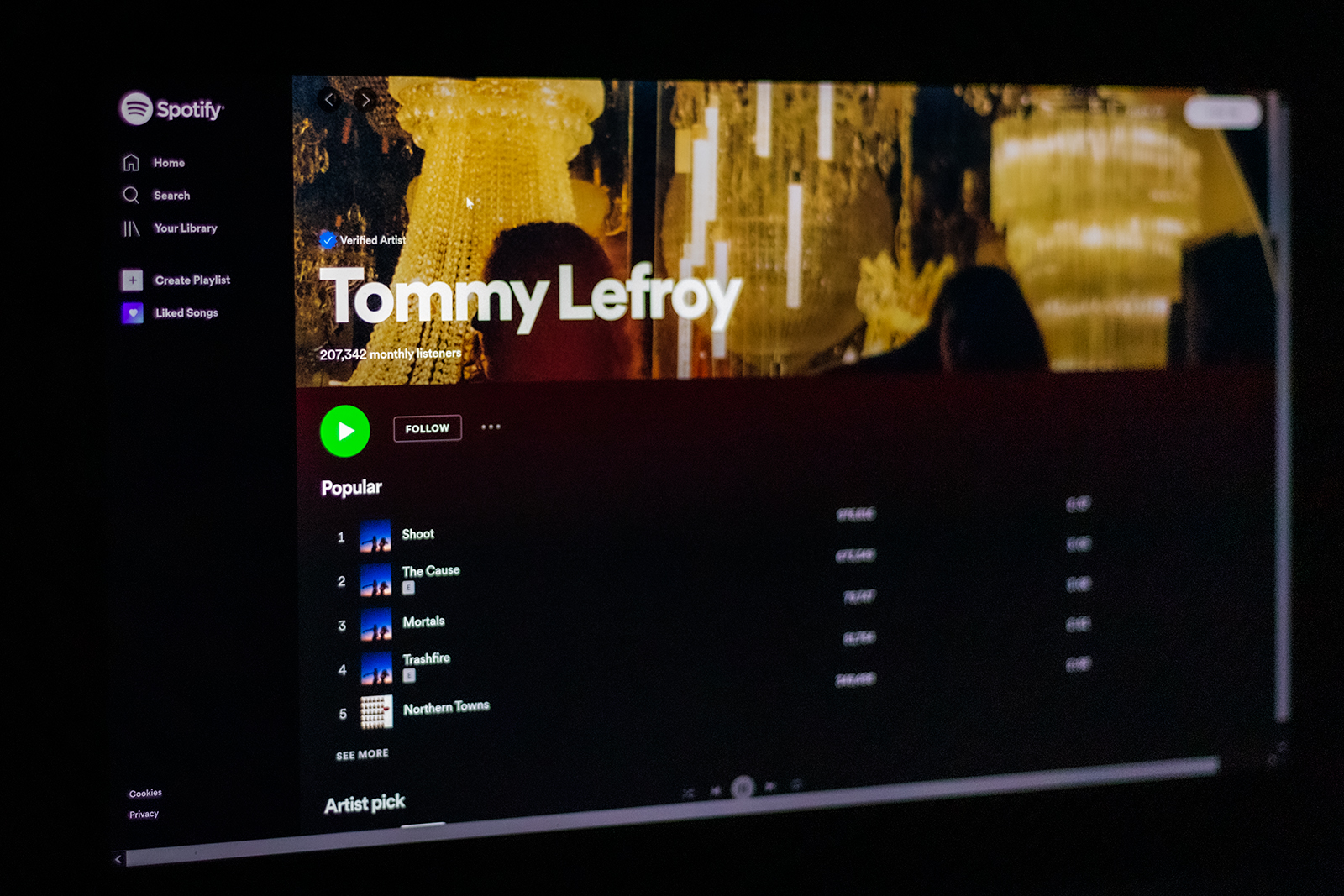 I’ve never had a band so quickly that became one of my favorites. Something about their music – especially their recently released EP titled “Flight Risk” – resonates deeply with me.

Tommy Lefroy is a duo made up of Wynter Bethel and Tessa Mouzourakis, respectively from Michigan and Vancouver. A single encounter in Nashville sparked an artistic partnership between them where they created a lush soundscape defined by acoustic instruments as well as layered harmonies.

“The Cause”, the duo’s second single, was my first glimpse into Tommy Lefroy’s musical world. From the first time I listened, I was obsessed. Their writing is so specific and clear, yet relatable.

“The Cause” tells the story of a failed romance with a decidedly unpleasant figure – a person who spoke frequently about their significant other and consistently chose their beliefs and intellectual pursuits over their relationship. However, this is something that is envied through the lyrics, with the band singing “You believe in whatever you want, and I’ll always be jealous, I’ll always be faithless… I’ll always be smaller than the cause. “

Although this was a very personal and real experience that did not happen to me, I can feel the emotions they express and even find situations in my own life that I felt I could relate to. to their words. Relativity is something I really enjoy in music, and it’s something Tommy Lefroy is good at. Their composition is so mature and powerful even if Tommy Lefroy is only at the beginning of their career, showing a real gift for the profession.

Another of my favorite songs from the duo is “Trashfire”, the closing song of their EP. “Trashfire” has verses that sound like direct attacks on me and I love it. Tommy Lefroy focuses on feeling disillusioned after you tried to reassure yourself that things would get better but that they were not actually getting better.

On this track, Bethel and Mouzourakis also talk about growing up and feeling that your time to try new things and make mistakes is diminishing. It’s a feeling that everyone, especially students, can relate to.

Tommy Lefroy captures the experience of growing up in all its nuances and pain. In their lyrics, you can feel what the duo went through and find the times when things haven’t quite healed yet. Bethel and Mouzourakis don’t shy away from the things that hurt, but they also offer comfort in their relativity. They make listeners feel less alone, as if their experiences don’t isolate them but rather bring them together to mourn what is lost and eagerly await what might come.

The duo’s song “Vampires” is a perfect example of this comfort. Tommy Lefroy points the song directly at the listener, as the lyrics say “You can fall in love a thousand times. I just want you to love your love. I just want you not to think twice when someone asks you. if you’re fine. The first time I heard it the song brought tears to my eyes. It was like a hug in my headphones.

Tommy Lefroy also took to TIC Tac to promote the song. They played it for a friend of their “who’s been through it this year,” the duo wrote in their video. This heartwarming moment really sums up the song’s message of love and hope for the listener. It’s a great video and one that makes me appreciate the song even more.

I’m not exaggerating when I say I can’t pick a favorite song from the band. Every song Tommy Lefroy has posted resonates so deeply with me that I feel like they’re reading my journal.

If you are looking for a new artist who makes beautiful, rich music with powerful lyrics that will go with you for the rest of your day or even your life, you must take a look at Tommy Lefroy.