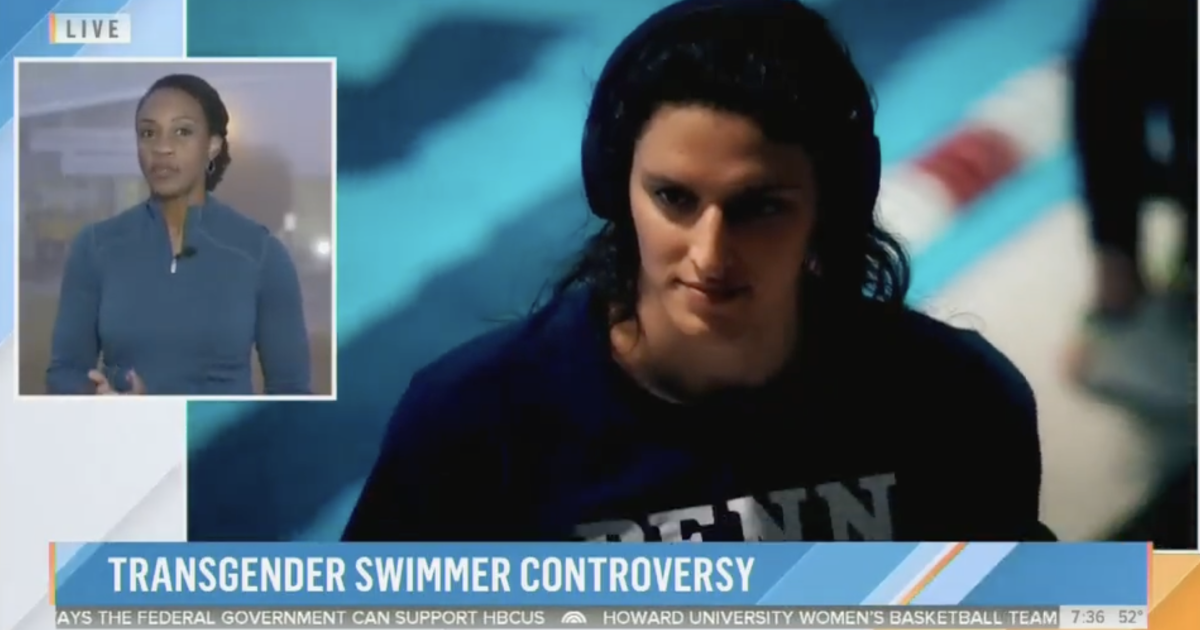 EXCLUSIVE — PPhotographer and University of Pennsylvania graduate Erica Denhoff was shocked to see her work significantly altered on the Today last week, adding that at first she thought “something was seriously wrong with the video”. She said she was “disappointed” with the show’s choice and that “I pride myself on providing authentic images as a photojournalist”.

After watching the segment several times, she came to the conclusion that the apparent softening of transgender swimmer Lia Thomas’ features in her photos was “intentional”, telling the Washington Examiner“It’s really important as photojournalists that we submit authentic photos that have not been altered.”

“When I first noticed the airbrush on the referenced segment, I thought something was seriously wrong with the video. But then I watched it again and thought: “Wait a minute, that seems to be intentional. Lia’s features are softened,” the photojournalist said. Washington Examiner.

“I then went to my original photo, sites they could access to license the photo, compared it and immediately saw a difference.”

Denhoff told the Washington Examiner that a previous unedited version of his photo had been used by Today earlier in March. A comparison of Today the use of the image from March 3 to March 17 is particularly shocking.

Denhoff was an accredited member of the media covering the Ivy League Women’s Swimming and Diving Championships, where she took photos of Thomas, along with several other athletes.

According to her, she was “following the news to see how my images had been used to tell Lia’s story” when she came across the visibly altered photo on Today.

“To me, it really looks like something was going on with the airbrushing/noise reduction of all of Lia’s photos in this segment,” she said, referring to a March 17 segment that became viral on social media for using obviously altered photos.

“My photo that they cleared was an authentic photo,” Denhoff added. “I am surprised and disappointed that Today changed my image of Lia for this particular news segment.”

CLICK HERE TO LEARN MORE ABOUT THE WASHINGTON EXAMINER

The photojournalist has a special connection with the University of Pennsylvania, where Thomas swims, as it is her alma mater. She graduated in 2008 and revealed that she was also “a varsity athlete on the track team”.

NBC News did not respond to the Washington Examiner request for comment.