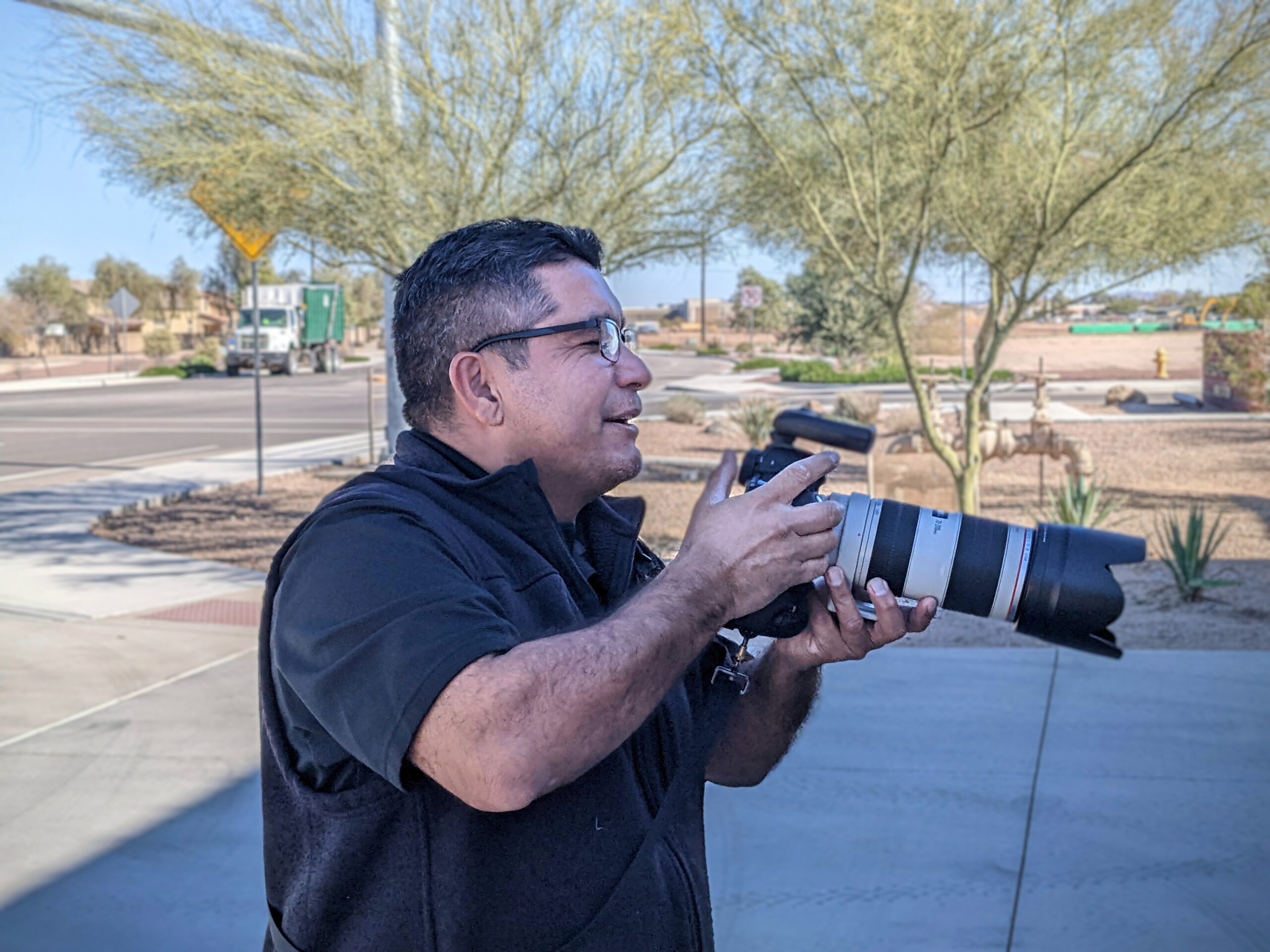 The photographer plays an important role in high school diplomas

Victor Moreno has shot dozens of covers for InMaricopa magazine, but in terms of volume, magazine photos represent only a small percentage of his work.

He takes pictures at all kinds of community events. Sometimes the City hires him for events; other times he captures events in his spare time. When people see Victor coming with a camera, they know it’s time to smile. He shares photos on his Facebook page.

But at the start of 2020, when the COVID-19 pandemic hit the Maricopans hardest, there weren’t many people smiling.

The pandemic hit in the spring and some people started losing their jobs. As a result, out-of-work parents suddenly called Victor to cancel or postpone scheduled graduation portraits for their children.

“They were telling me they couldn’t afford it because the husband lost his job and the wife was the only one working, or vice versa,” Victor said.

Graduating from high school is a special time for children around the world. That year was disappointing for many, as the annual debut at Ram Stadium would be canceled, with graduates picking up their degrees in a drive-in ceremony. And then the photos in hats and dresses cherished by parents were in danger for some.

In many ways, the portraits represent the final chapter in the childhood of these children and their parents.

Victor wanted to help. He wanted to make a difference in the lives of these families.

“I felt bad for them,” Victor said.

The inspiration came from Linette Caroselli, a local teacher. She sponsored the first graduate, paying for the photos of a graduate whose family could not afford it in difficult times, and showed Victor how he could advance in a way that helped everyone.

“She called me and said, ‘Can I sponsor a child?’ “recalls Victor. “She told me there was a family she was taking care of that they couldn’t afford to pay, but she wanted to give it to them as a gift.”

A good deed blooms
Hoping to restore some semblance of normalcy for graduates and their families, Victor found a way to involve the community — to ensure more families could get portraits.

First, he cut his photography rates in half, then he asked local businesses to sponsor more children.

And while the program launched two years ago aimed to help families who had gone through a difficult time during the pandemic, it has blossomed into something much bigger.

In 2020, Victor and local businesses put 65 children through his lens who likely would have gone without professional portraits. Last year the number was 98. And this year it will top 100. He still does the work at 50% off, and local businesses and individuals pay the balance. For example, this year Global Water will sponsor five graduates.

But now his efforts go beyond a needs-based program. It became a way for people in the community to do something nice for their neighbors.

Some benefactors sponsor a graduate or two matching interests they had in high school.

“I have a person who wanted to sponsor a student who participated in a group,” Victor said. “I contacted the high school guidance counselor and we found a suitable student.”

Some business owners use the arrangement as an opportunity to thank employees. If they have a worker whose son or daughter is a graduate, they will sponsor the student.

In other cases, portraits are paid for by a family friend of the graduate.

Personalized photo shoots
Although these photoshoots normally last around an hour, there is a lot of work behind the scenes. The effort begins weeks before the first photo is taken.

Victor learns about the students and tries to conceptualize a suitable photo shoot. Then, after identifying a place and a theme, he organizes the time and place of the shoot.

To see Victor work is to see an artist in his element. He takes the time to talk to graduates and build relationships with them. He makes these graduates, and basically everyone who walks in front of his camera, feel like a million bucks. It’s their day in the spotlight.

It is important, he explained.

“I’ll tell them about their college plans or anything they plan to do after graduation. I want them to feel comfortable,” Victor said. “I want them to look relaxed in their photos.”

After the actual shooting, there is work to be done to process the photos. And later he catches up with the parents and delivers the photos.

This year, his annual project started the first week of February. He works long hours to get most of the shots before the graduation ceremony.

Until then, there is no free weekend for Victor.
And he didn’t want it any other way.

This story was first published in the March issue of InMaricopa magazine.