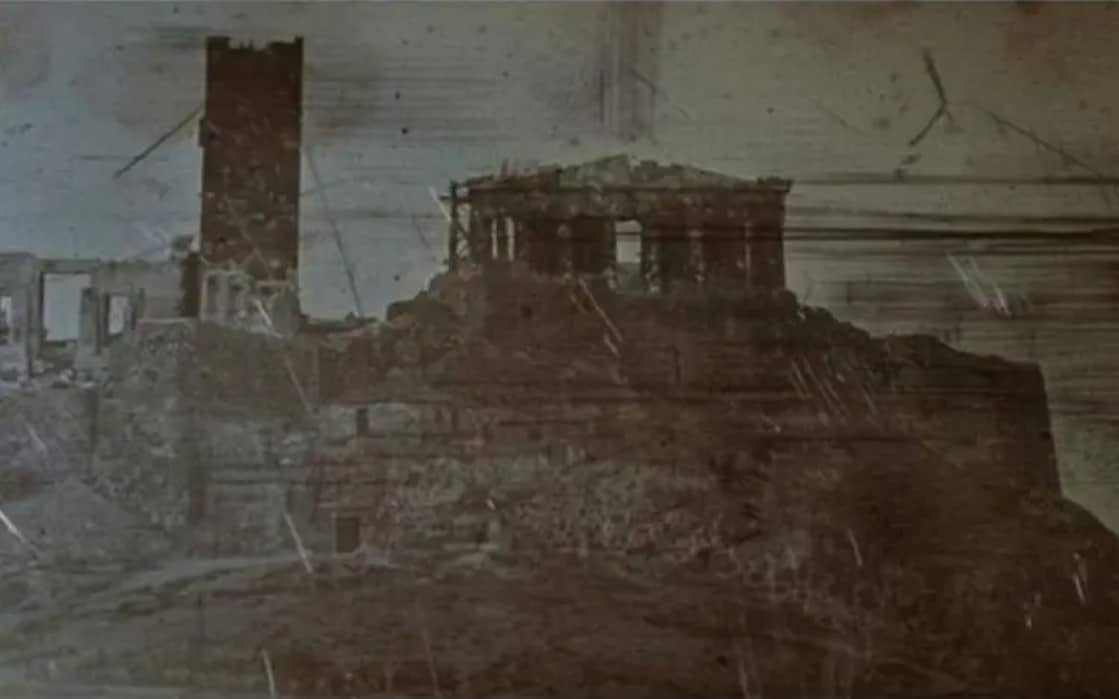 The oldest photograph ever taken of the Acropolis

The Acropolis of Athens is probably one of the most photographed sites on the entire planet. However, a single photo has special value to the world: it is the oldest photograph of the Acropolis ever taken.

The Parthenon and the other Athenian hill buildings also known as the â€œsacred rockâ€ are masterpieces of classical architecture and monuments of human history. Completed in the 5th century BC, they are still influential in blending harmonic architecture with their natural surroundings.

The oldest photograph of the Acropolis

179 years ago, the distant year of 1842, the French photographer and designer Joseph-Philibert Girault de Prangey took the very first photograph of the â€œSacred Rockâ€.

To be more precise, this photograph is a daguerreotype, and it is actually one of the earliest surviving photographs of Greece.

It represents part of the Fortification of the Rock, the Parthenon and some of the other ancient buildings of the Acropolis.

What is a daguerreotype?

The daguerreotype was the first publicly available photographic process widely used during the 1840s and 1850s.

It was invented by the French Louis-Jacques-MandÃ© Daguerre and introduced worldwide in 1839.

To create the photograph, a daguerreotypist would have to polish a sheet of silver-plated copper to make it a mirror. He would then have to treat it with fumes that made its surface sensitive to light and expose it to a camera.

The artist then had to make the resulting image visible by smoking it with mercury vapor. The complicated procedure would then end up removing its liquid chemical treatment, rinsing and drying it, then sealing the result behind a glass.

This is pretty much what Girault de Prangey did in Athens in 1842.

Athens had become the capital of the Kingdom of Greece in 1834, just eight years before the first photo of the Acropolis was taken.

At the time, the city was a small town, almost ruined due to the long Greek War of Independence which ultimately led to the liberation of Greece.

It should be mentioned that this was the period when Georg Maurer, the regent of the new Greek state, declared that â€œAthens, which before the liberation war had around 3,000 houses, does not even have 300 anymore. has been transformed. into a pile of amorphous stones.

The 1840s and 1850s were the decades when the city of Athens began to take its modern form, with its iconic buildings constructed during this time, including the current Parliament.