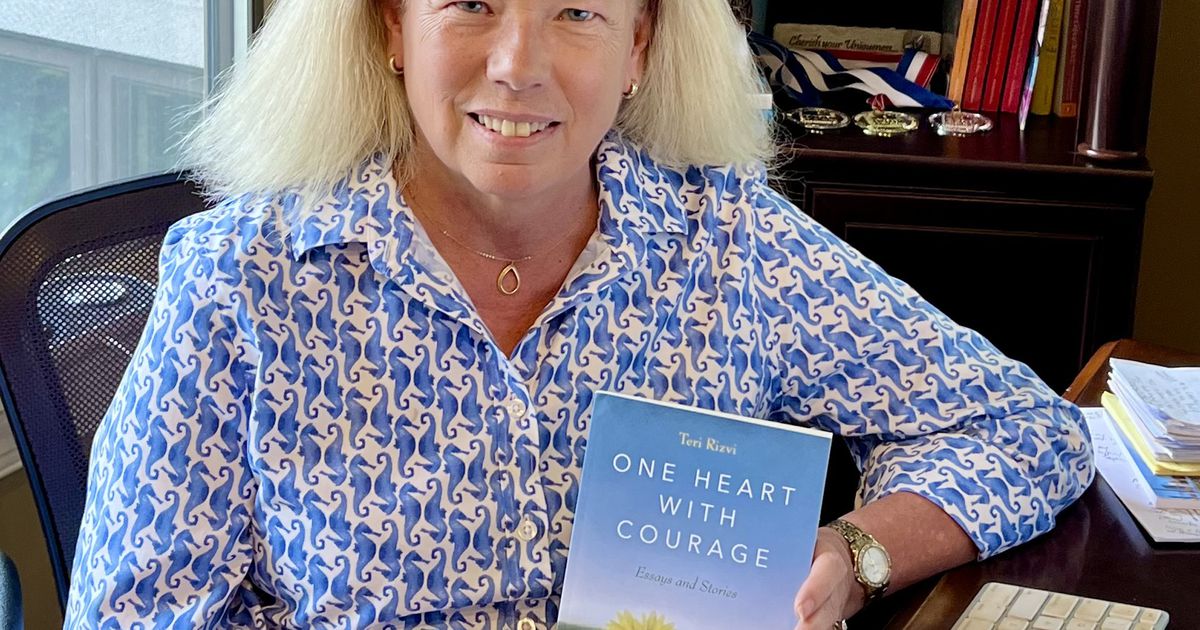 “During the pandemic, when everything stopped and then slowed down, my husband got COVID and I thought ‘If I don’t do it now, when?’

“That spurred me on to get to work and I started telling friends I was working on a book so I had to. A friend volunteered to do the illustrations and I contacted David Braughler, owner of Braughler Books, a publisher who had previously taught in our workshops, I asked him about writing a book and publishing it.

Braughler volunteered to help for free, as she told him that all profits from the book would go to the workshops. “He got the copyright, an issue from the Library of Congress – all the background stuff.”

Rizvi began going through a folder of all her stories and experiences dating back to her university years – essays for UD’s Magazine, Christian Science Monitor in London, opinion pieces for the Dayton Daily News, USA Today and more.

“At first I looked at them through the eyes of a journalist, then I just compiled them and put them in order, made some changes and added some updated ones. A book is overwhelming, but organizing essays is easier; they are small personal moments about humanity, friends, family and faith.

“A lawyer who was a friend in college made a Zoom call and volunteered to edit it for me. I was so grateful because she could look at it with fresh eyes, and she saw how it could be organized by topic.

The prelude to the book includes a piece that reads like a prose poem, from an administrative retreat, intended to get to know each other. “Dr. Eric Spina got us all writing about ‘Where I’m From…'”

Rizvi grew up in Vandalia, and her Dayton-area roots seep into the article, though her essays and stories take the reader to many countries and cultures.

An early story in the book describes going to London with friends after college, where she met and dated a Pakistani man; in a later essay, she returns to London to find out if this is “true love”, and the couple eventually marry. Despite his parents’ initial objections, they have both a Catholic and a Muslim marriage and the parents welcome them into their family and community.

Other entries, which include the adventures of their two sons, the death of his stepmother, and many other moving tales of life are included.

At 64, she has worked under three UD presidents and remains a practicing Catholic while her husband, Zafar, practices his Muslim faith.

“I think faith is a moral compass for how you live your life, but it has been politicized. Religion shouldn’t be worn on your sleeve, it’s much more private.

His finished and published book, published by Braughler Books, which also made it available in Kindle form, has more recently become available as an audiobook.

“A friend in town connected with a voiceover artist friend in Boston, Sheri Saginor, who contacted Braughler and said she had read the book, loved it, and wanted to do the narration for free for an audiobook. She sent me a sample chapter that captured the spirit behind the words. We were in close contact during her process, although we never met.

“There are so many universal themes in the book that people can relate to – when you ask the universe for help, that’s what happens.”

Teri Rizvi, executive director of strategic communications at the University of Dayton, founded the Erma Bombeck Writers’ Workshop. And now she has written her first book. Photo added

Teri Rizvi, executive director of strategic communications at the University of Dayton, founded the Erma Bombeck Writers’ Workshop. And now she has written her first book. Photo added