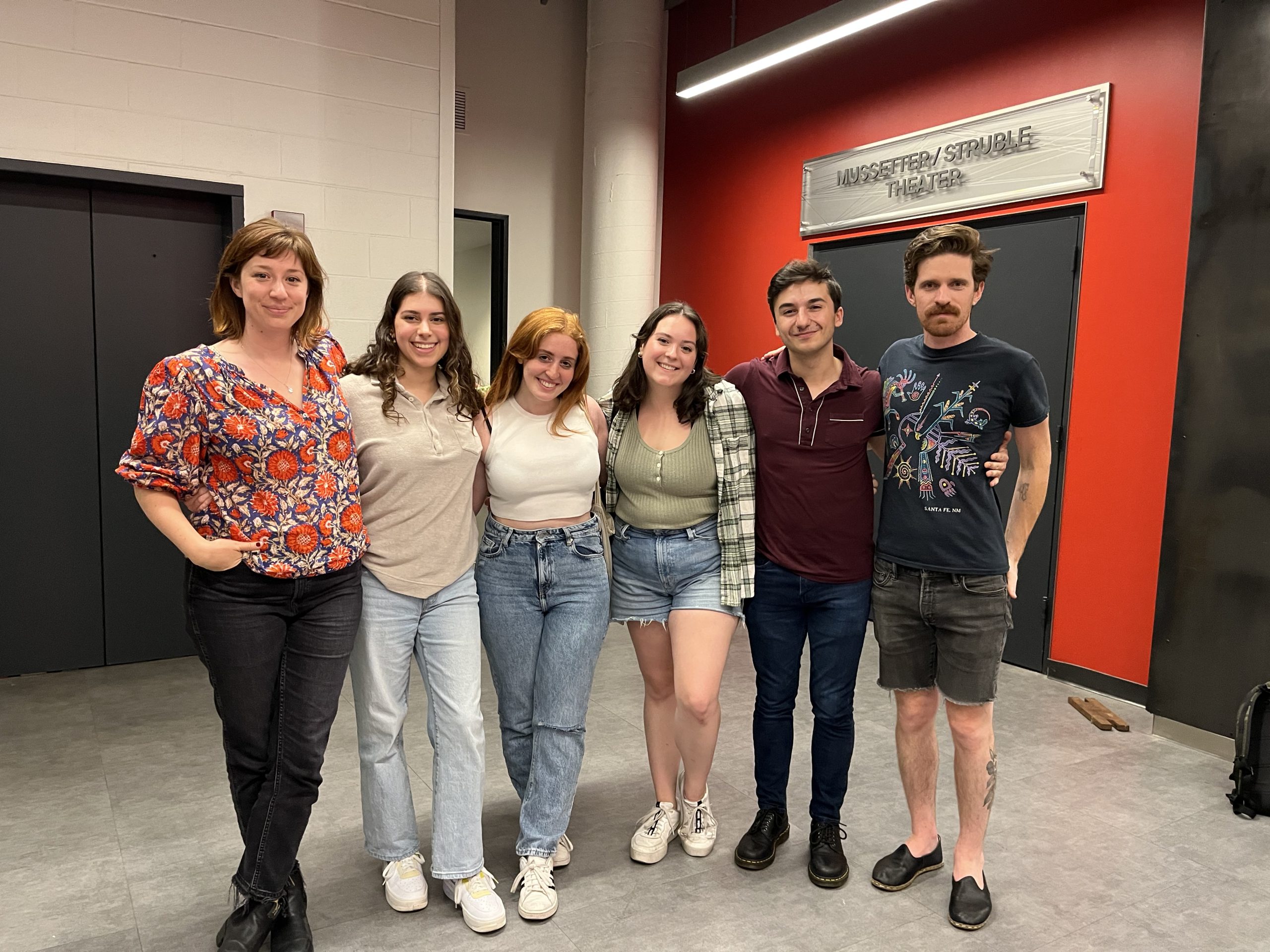 “Cowboy Bob”, a musical production based on the true story of a transvestite bank robber in Texas who managed to rob four banks before being killed by the police.

Friday Night was the first of two public performances of the workshop at the Hal & Martha Hyer Wallis Theater on the Northwestern campus and produced by American Music Theater Project (AMTP). It was created by Molly Beach Murphy, Jeanna Phillips and Annie Tippie and directed by Annie Tippie.

The workshop was a reading with dialogue and song singing, rather than a fully staged musical production.

There were no costumes except for a cowboy hat or two, no real accessories except for sunglasses or a closed can of pop. The North West actors, all students, read their dialogue from open scripts; a song was sung by the lyricist as it had been written earlier that day.

The trio (Murphy, Phillips and Tippie) have been working on this musical for six years, refining the plot, revising and rewriting the songs and dialogue, and polishing the lyrics. It was hard work for the women, mentally taxing, always dependent on their friendships and contacts, always seeking grants to give them temporary sustenance and shelter until the raw idea finally became the musical idea they see in their hearts and minds.

A workshop is more difficult for an audience to assimilate: the imagination must fill in the missing details that would normally be provided by a stage production. But watching a workshop is like watching a painter paint on a blank canvas or a sculptor unlock a figure trapped in marble. It allows the viewer to follow the creative process in real time, which can be messy, confusing and filled with questions.

The woman known as Cowboy Bob, Peggy Jo Tallas, reportedly said her favorite movie was ‘Butch Cassidy and the Sundance Kid’. Also remembered are “Thelma and Louise” and Peggy Lee’s 1969 torch song, “Is That All There Is?”

The talented cast of 10 actors and two musicians conveyed the scenes illustrated by the staging and the notes read aloud to the public.

Everyone on stage has skillfully communicated the boredom and sense of “mortality” that each character shares in one way or another, balanced by the need to do something – anything – that matters. Following Northwestern’s performance on Saturday night, the creators travel to Houston, Texas for its 2023 world premiere at the Alley Theater in Houston.