Join photographer Mark “Weissguy” Weiss and watch the 2021 Metal Hall of Fame Gala World Premiere recorded, as he is inducted by Twisted Sister frontman Dee Snider. This event concludes Mark’s summer exhibition The Decade That Rocked with the signing of his best-selling book, with over 1,000 five-star reviews on Amazon and a special event at Middletown Arts Center, 36 Church Street, Middletown, New Jersey. The double celebration begins at 2:00 p.m. EST on Sunday, September 12. Fans can arrive at 12:00 p.m. to be a part of the live audience. The gala livestream will be hosted by Eddie Trunk and Keith Roth. 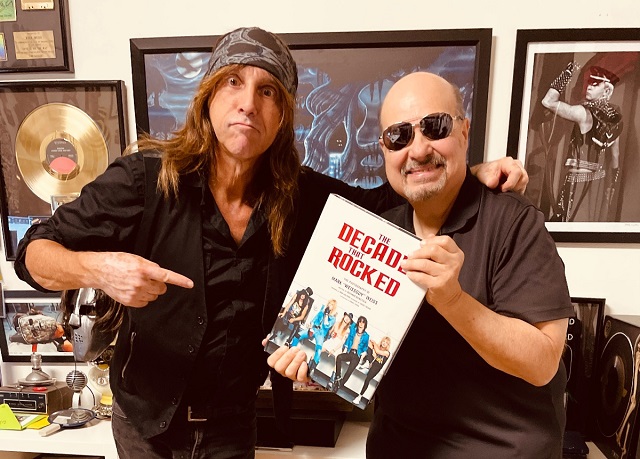 Album cover artist Ioannis will also present his art. Mark and Ioannis have worked on photo shoots and album covers over the decades. Ioannis has worked on more than 300 record covers for the biggest international rock groups. He will talk about his work and present some of his most famous metal pouches.

The Decade That Rocked exhibit has received a lot of attention since it launched in June with Weissfest. In a noble effort to see the arts endure in his community, a longtime local resident, Weiss organized the exhibition and related events as a fundraiser for the MAC which has suffered financially due to the Covid closures and severe flood damage.

â€œI especially wanted to share my exhibit with the community of Middletown, NJ where I have lived for the past 30 years. Middletown Arts Center was hit hard during the pandemic and I am committed to helping in any way I can get it back on track. It is an incredible creative space providing a safe place for local arts and establishments. -Marc Weiss

â€œIt has been such a pleasure and a lot of pleasure to work with Mark this summer and to host his historical exhibition. We are especially grateful for his generosity and support over the past few months and are delighted to celebrate the era of rock n ‘roll and metal once again with Mark’s closing event, said Maggie O’Brien. , General Manager, we will be sad to see the exhibition go and I cannot thank Mark enough for all he has done for us.

First workshop of the new season for Delta Photo Club