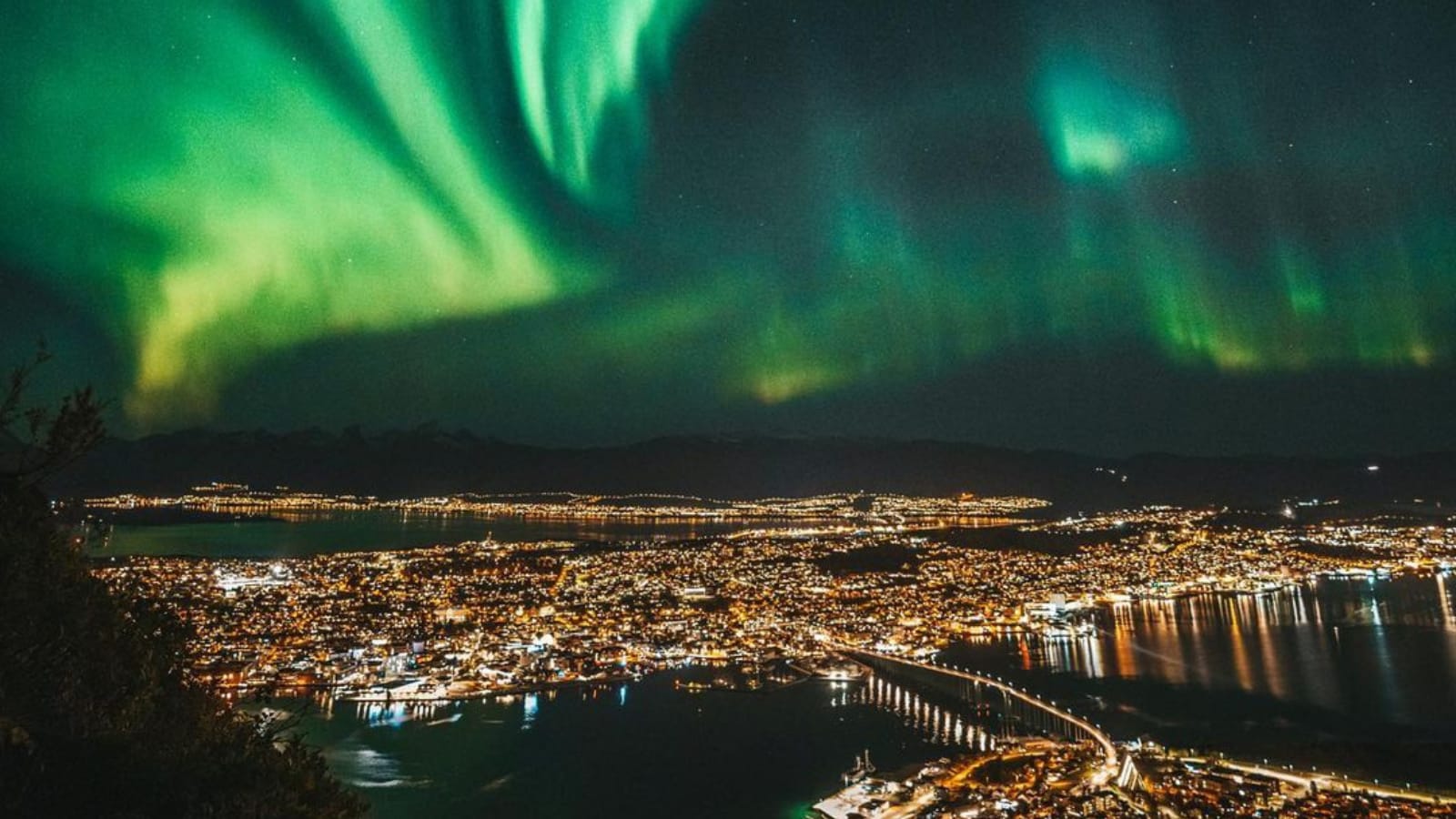 In a clip of the Northern Lights captured by Lowther, the starry sky is seen filled with pink and green lights. The jaw-dropping clip was shared on Instagram by BBC News.

Netizens were stunned by the capture and shared how mesmerizing it looked. A few noted that the photographer probably didn’t realize that a faint display of the Northern Lights to the eyes could look impressive on camera. Some added that the beauty of nature is truly remarkable. “I have goosebumps it’s amazing.” one user commented.

Another user remarked, “I could sit outside and watch all evening/night!!!”

“Absolutely beautiful, must have looked better in person,” a third user remarked.

According to BBC News, many astronomers and photographers were hoping to catch a glimpse of Jupiter on the day this aurora borealis was captured by the North Yorkshire photographer. Jupiter had been closest to Earth in 59 years. But luckily, 53-year-old photographer Chris Lowther. ended up capturing a different gem.

Speaking of the moment, he said: “I had to set up the camera around 11pm, it was raining and I knew it was going to be a clear night. I knew Jupiter; I had some photos of Jupiter, but they weren’t very good. So, I fell asleep, but when I woke up around 2am and went out and checked the camera, the pictures were bright pink and green.

He also mentioned that he was about to pack for the night before he decided to peek into the camera and was stunned. He then stayed up until 4 a.m. to take pictures.