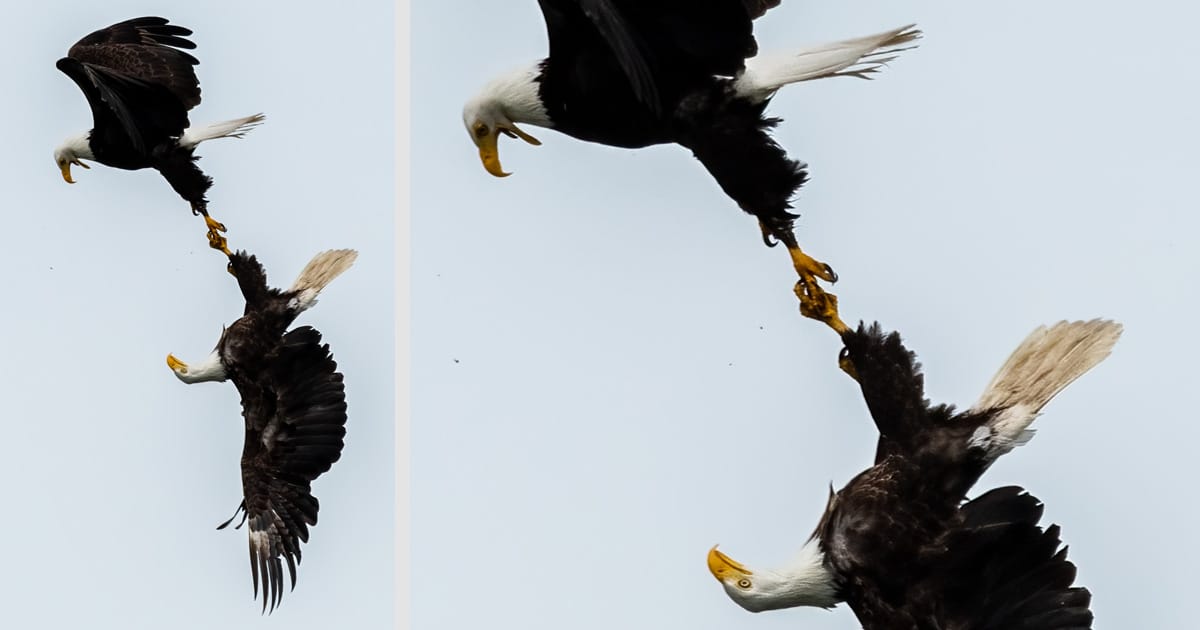 There are images that a photographer can wait years to capture. This was the case for Portland enthusiast Rajiv Mongia, who waited patiently to snap a stunning photo of two eagles with their talons intertwined in the air. One of the birds flies upright while the other winged creature is mirrored, upside down. It looks like the upside-down bird is about to tumble from the sky, if not to be held there by the other.

Mongia began photographing wildlife after a trip to Patagonia in 2017. “I found it amazing trying to understand wildlife behavior, trying to capture that special ‘moment’ you see in photographs. amazing professionals,” he shares with My Modern Met. “I started training then and quickly learned how much planning, patience, knowledge of technical skills (light triangle, etc.) and sheer luck are needed to get the ” good shot “.”

The pandemic has propelled the Mongia practice forward. He used photography as a way to get out of the house, take pictures and recharge. While doing so, he started thinking about some specific shots he wanted to capture.

“One of them was the behavior of raptors such as bald eagles,” says Mongia. “In the NW Pacific it is amazing how common bald eagles have become again in the skies. eagles catching ducks/seabirds but I was never really able to get any nice pictures of them interacting with each other He had seen pictures (from other photographers) of the eagles flying as they closed their greenhouses, but he didn’t know when or where he could take such a picture.

Mongia finally had the opportunity to make this famous move. “I saw a series of workshops from an amazing photographer, Mark Smith,” he recalls. “[Mark] has the most epic eagle photos and was hoping I could learn some skills by taking his workshop in DC. [He] gave amazing tips on how the eagles have been doing over the past few days and what to look for when it’s about to have a great action.

After working on some technical aspects with Smith, Mongia spent around four hours shooting photos. “The scene was crazy at this location – there were 20-30 eagles, 10-20 great blue herons, crows and gulls – all flying around trying to catch the fish at this location. The action was constant – and we were all there at the studio shooting things were happening so fast you don’t know for sure what you caught and you don’t have time to review your footage as you go, because every time you look up, another eagle flies from a different direction.

Moniga took around 5,000 photos that day, and he wasn’t sure of the outcome. “I come home that night and start doing my quick pre-sorting of photos to see if I actually got anything different,” he shares. “There was a part where an eagle grabbed another and threw it in the water. DANG, missed that one. Another where there was action between two eagles – UGH, lack of focus on that one.

But then came that magic moment. “I came across this photo that I posted,” he continues. “I must have blinked for a second. Yes, it was a bit far (I had to crop a bit), but the action was perfect – two eagles locked talon and talon, each stretched. One with his mouth open in a scream and the other focused on the first.

It was the photo he had dreamed of for years, and with his passion for bird photography, it probably won’t be the last. 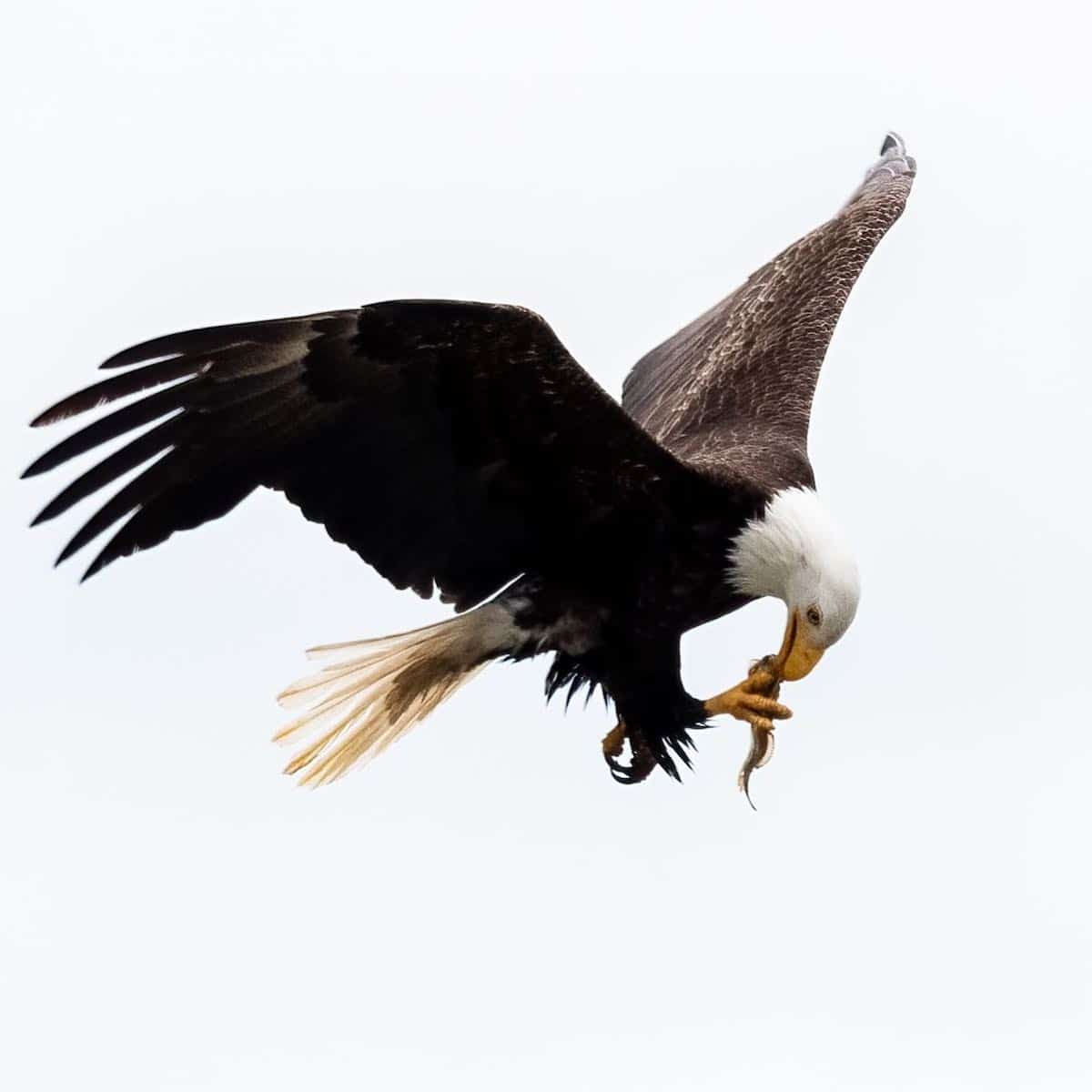 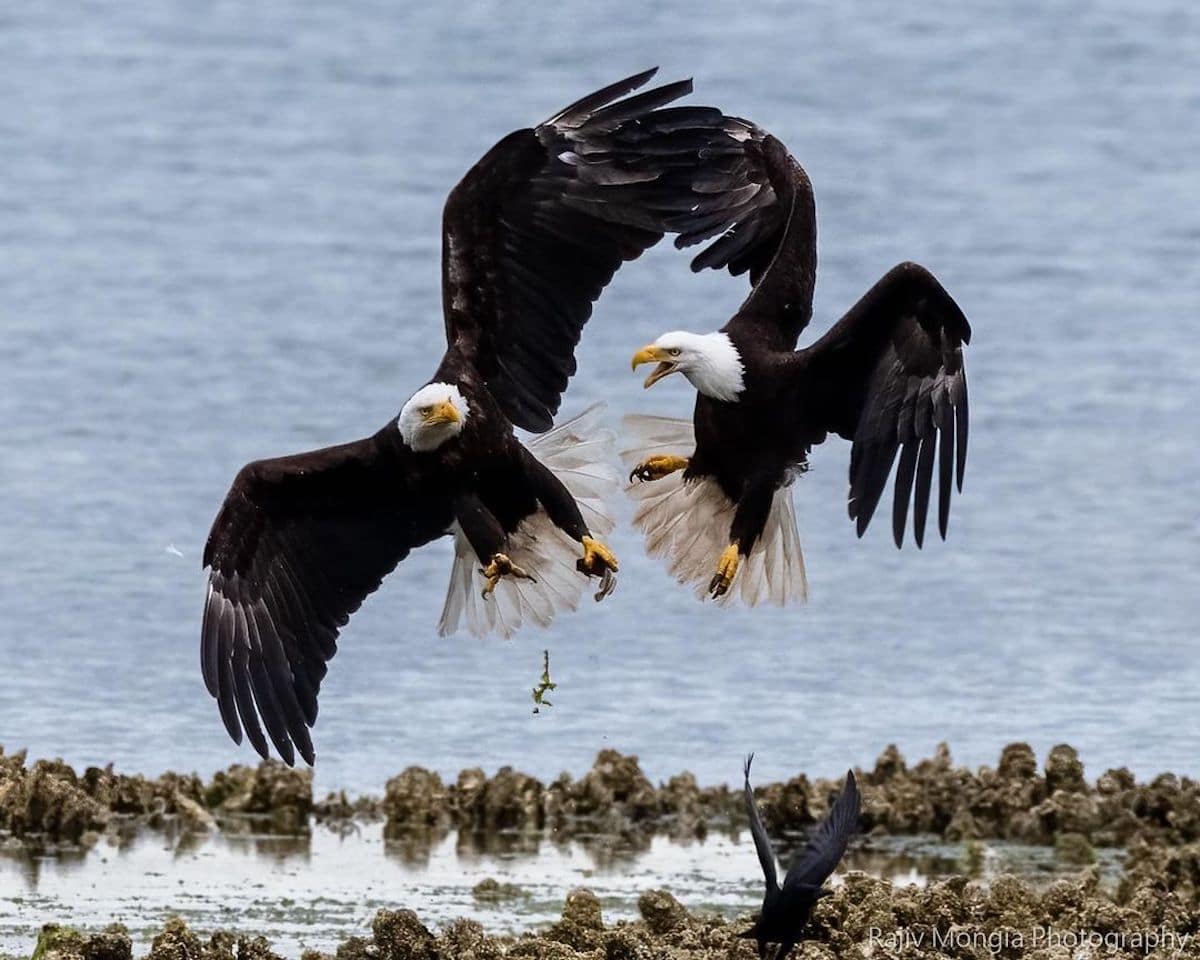 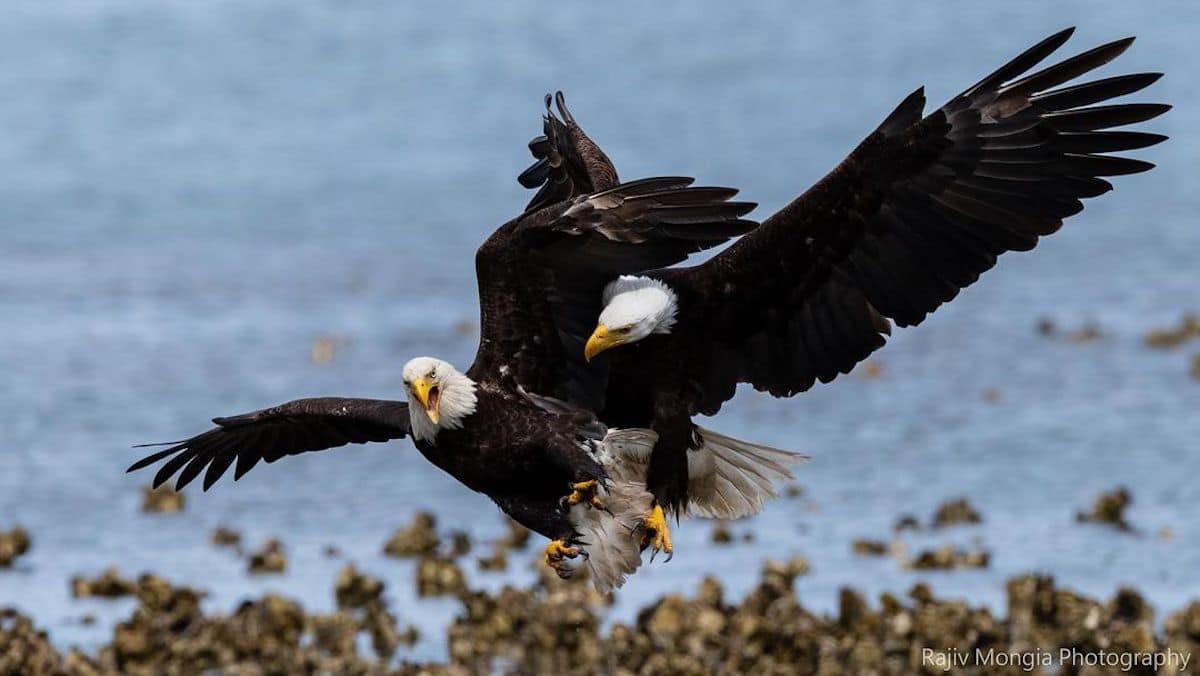 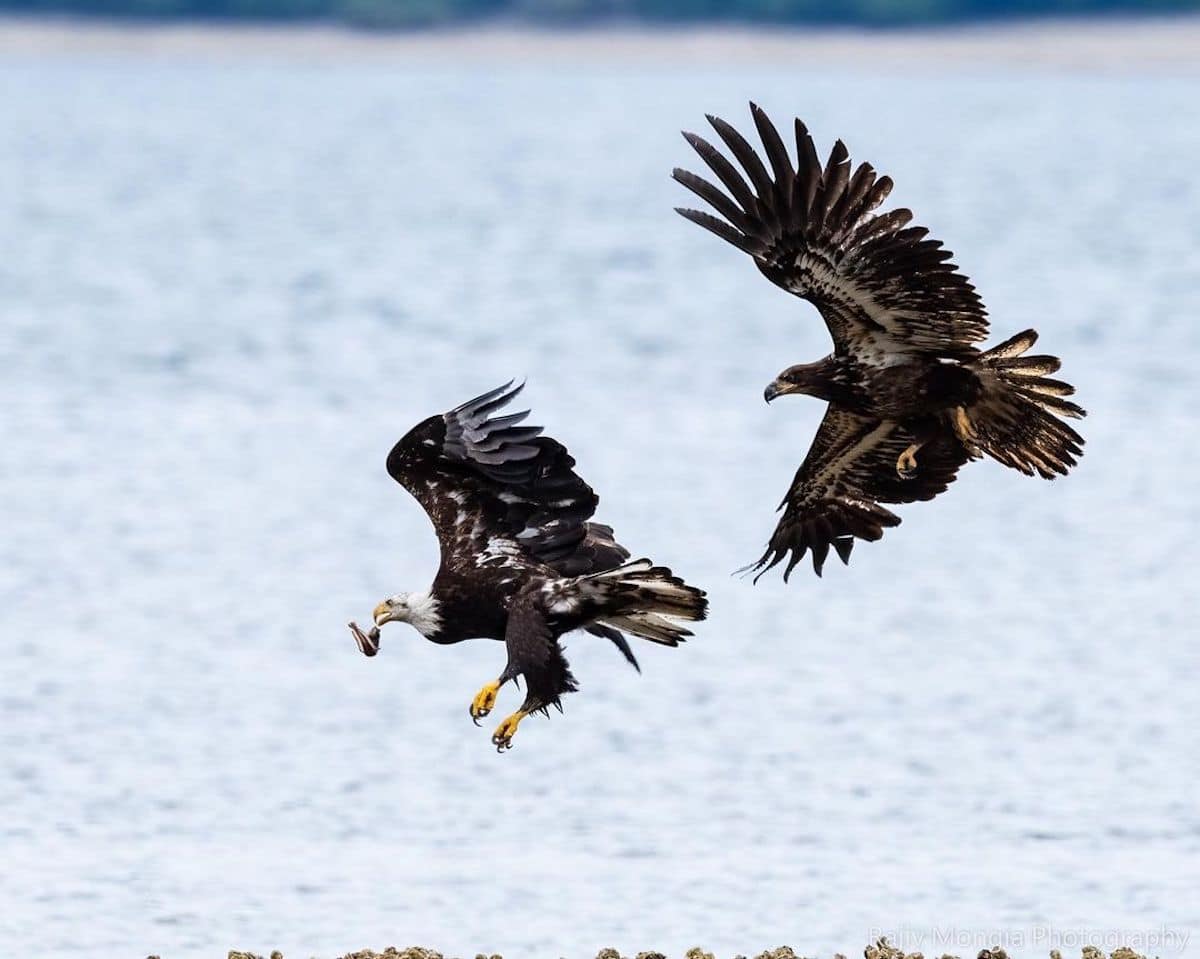 As he waited years for the perfect shot of two bald eagles nested in the air, he took many more photos of fierce birds. 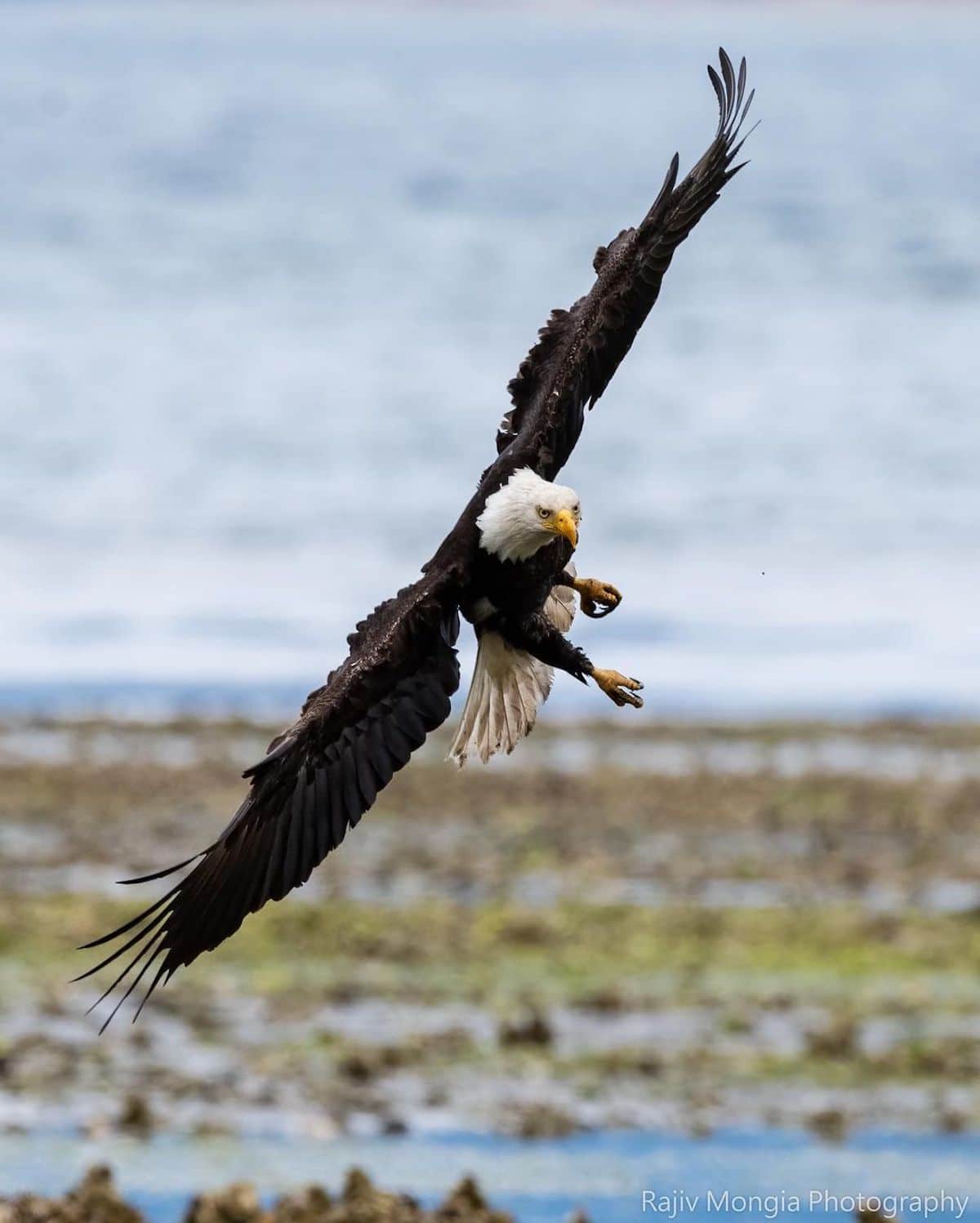 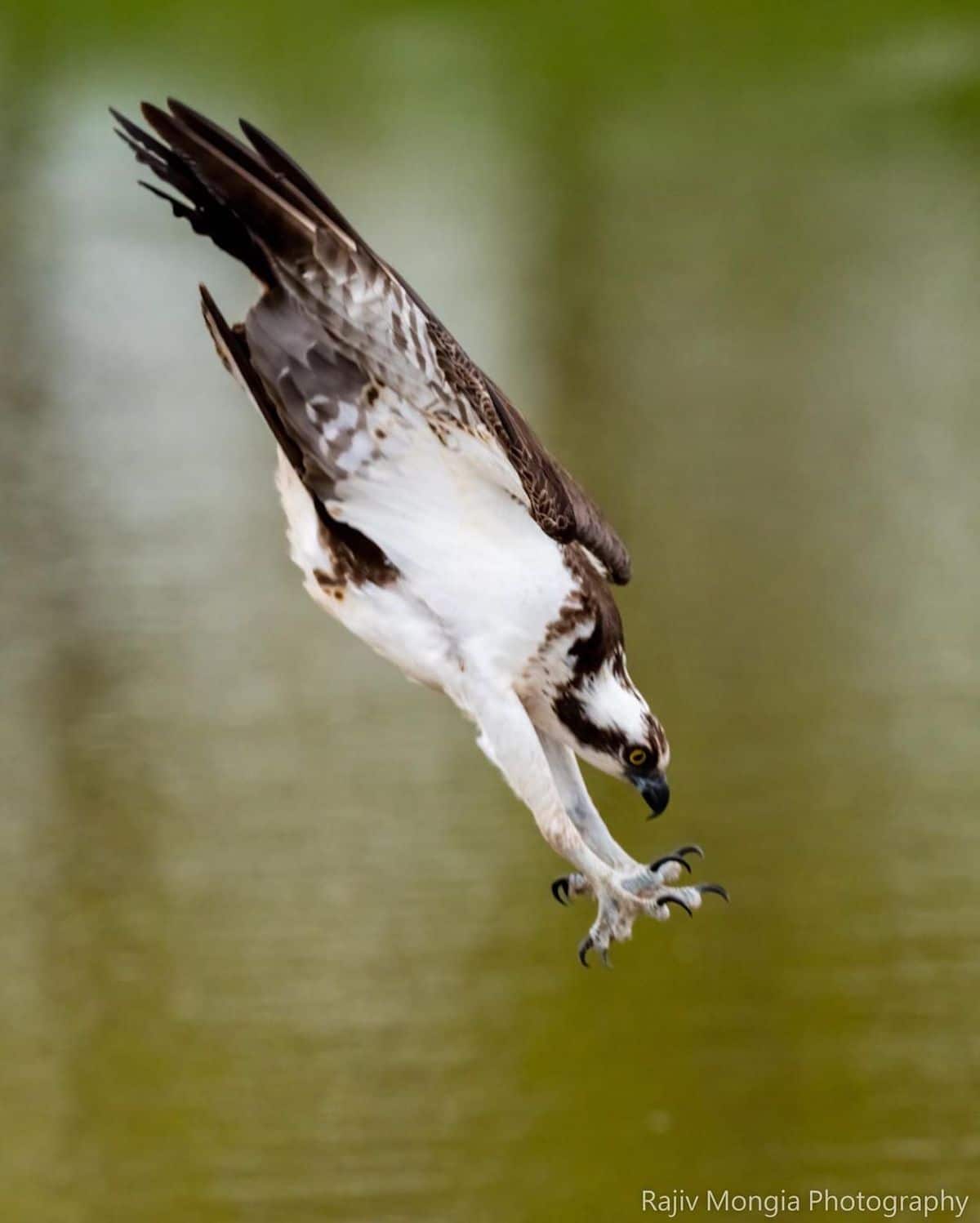 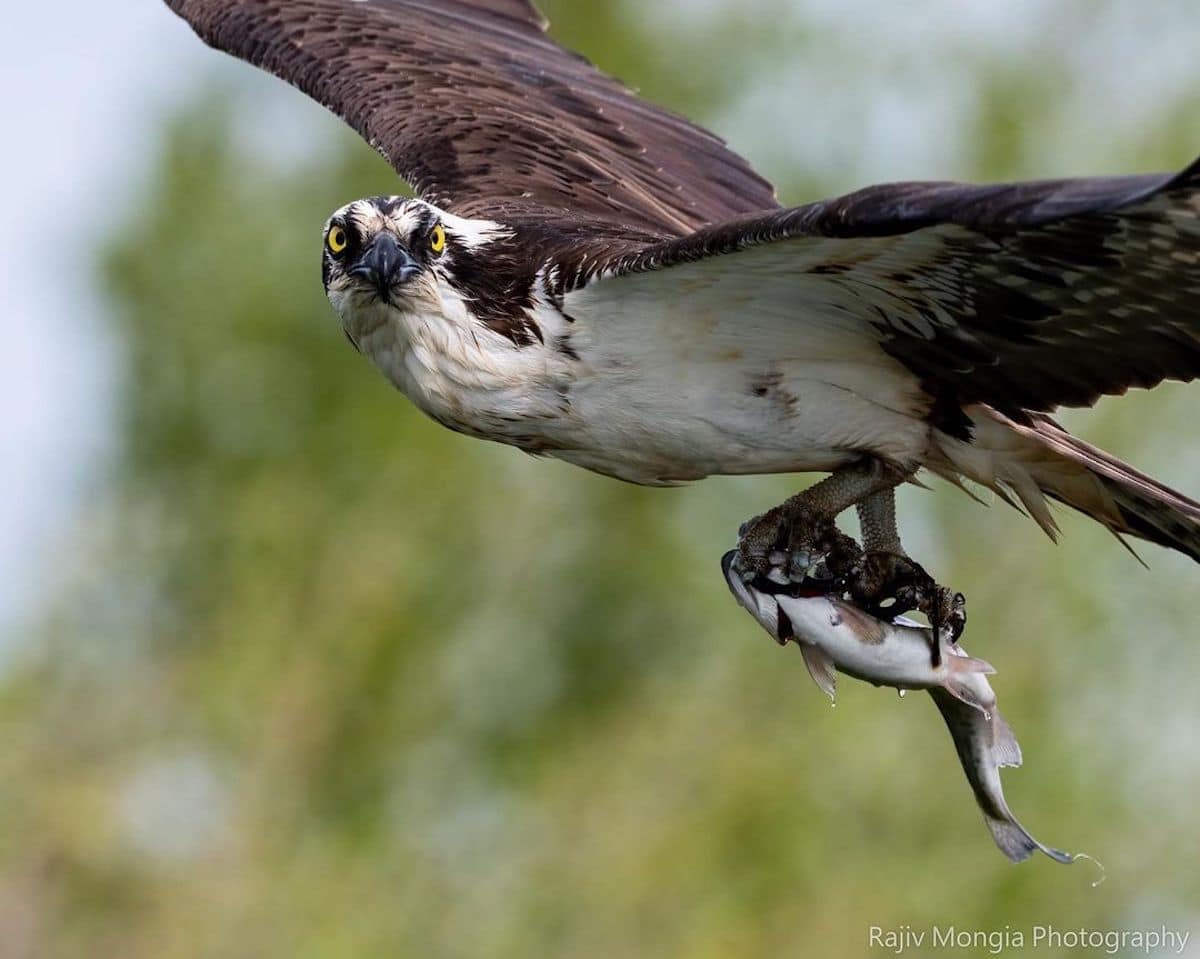 My Modern Met has granted permission to feature photos by Rajiv Mongia.

Crow rides on the back of an unsuspecting eagle