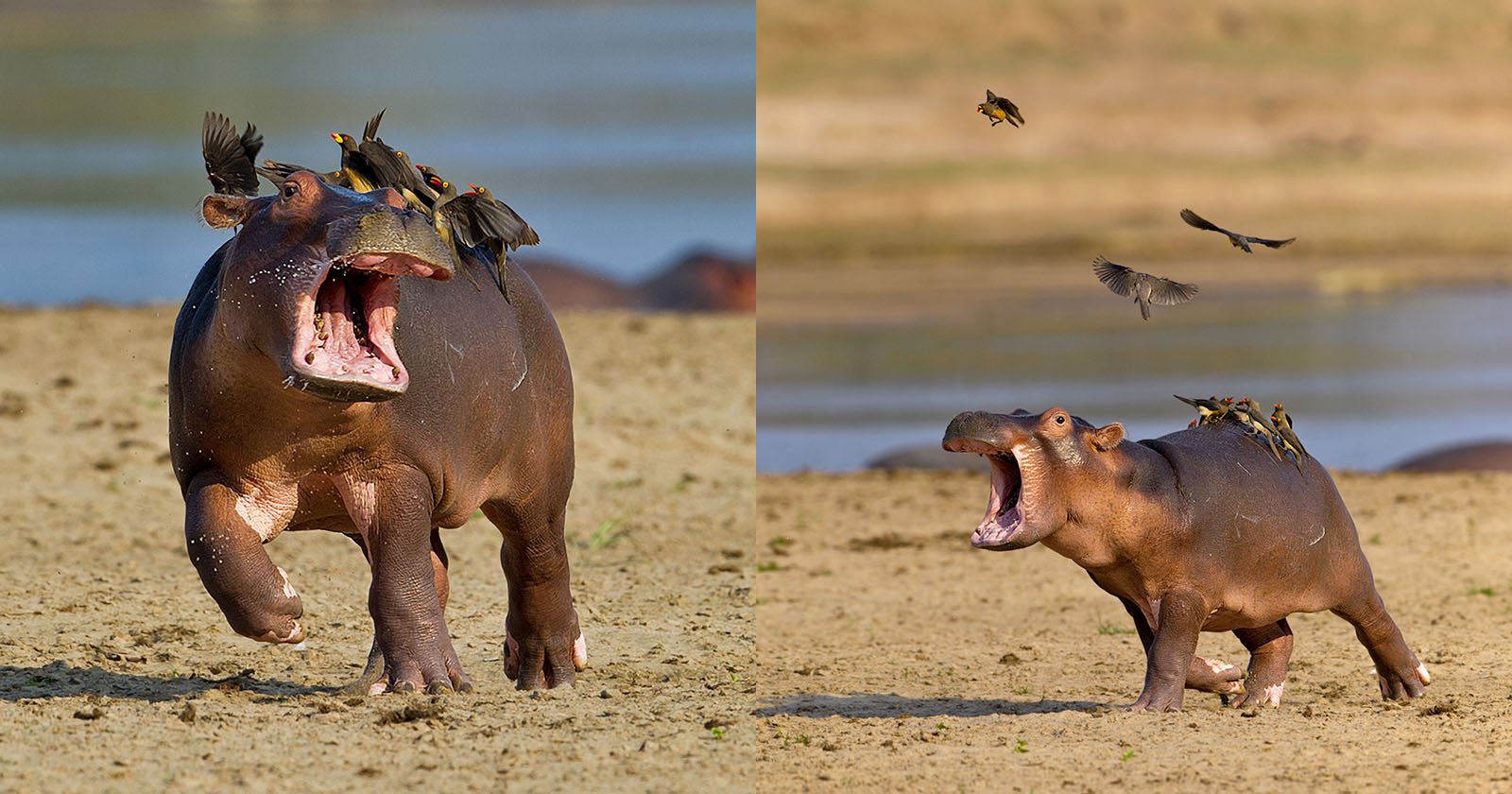 Photographer Marc Mol was on a trip to South Luangwa National Park in Zambia when he captured adorable photos of a baby hippo frightened by a flock of birds that landed on its back.

The Swiss photographer pointed his Nikon D3s digital SLR and 500mm f / 4 lens at a group of hippos when the oxpeckers visited the young animal.

“I was squatting in a river skin carved into the bank of the Luangwa River,” says Mol. “I was busy concentrating on a group of hippos, when suddenly I saw the baby running towards me with his pursuers.”

He started taking pictures as the hippo began to scream, run towards its mother and twist side to side in an attempt to get rid of its “abusers”.

“I was first amazed at what was going on, seeing this baby hippo running towards me and the safety of the water, then I realized that it was a small herd of oxpeckers who were the guilty, “said the photographer. “It was a lot of fun to watch.”

Hippos and Oxpeckers generally have a symbiotic relationship in which birds eat ticks and other types of parasites from the hippo’s body – the hippo receives free grooming while the bird receives free food .

In this case, however, it looks like the baby hippo has yet to receive the memo about his feathered friends.

“The baby hippo was clearly not used to the red and yellow bullhorns on his back,” says Mol. “It was only a matter of about 10 seconds before the little guy had had enough. […]

“Over time, the baby will soon come to accept that these birds are not doing him any harm. “

For Mol, these photos were a reminder of the unexpected joys of nature and wildlife photography – you never know exactly what you’re going to capture when you step into the wild animal world with your camera.

“I really laughed when I realized I had captured something a little different and yet a lot of fun,” Mol says. “I love the look on this little guy’s face as he frantically tries to fend off what he considers annoying parasites.”