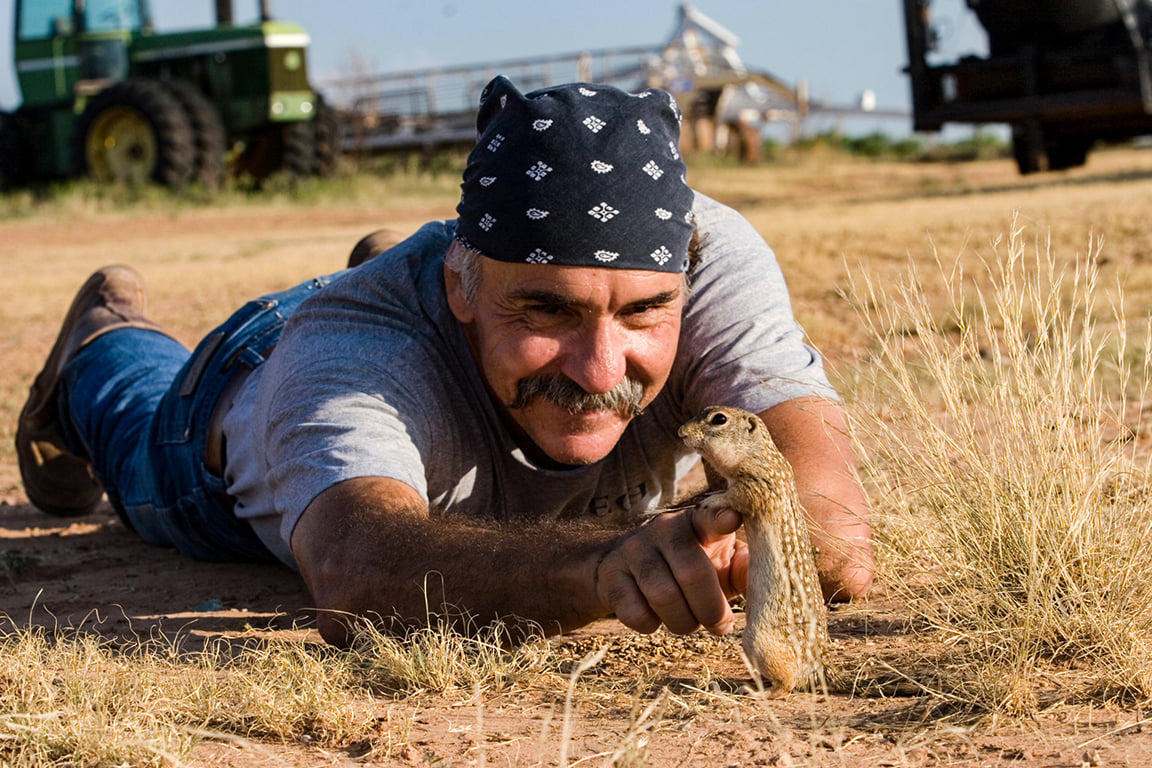 ABILENE, Texas (KTAB/KRBC) – The state of Texas has its own birds, flowers and even reptiles, but did you know that the Lone Star State also has its own official photographer?

Wyman Meinzer, wearing his tall snakeskin boots and red and black plaid jacket, took the stage at the Agriculture Scholarship Luncheon as the keynote speaker on Wednesday, telling his story of capturing Texas through a lens of camera.

Meinzer graduated from Texas Tech with a degree in wildlife biology in 1974, but has always been an avid outdoorsman and hunter. However, over time Meinzer came to enjoy the thrill of shooting with a camera instead of a rifle.

Meinzer’s goal is to capture the true essence of Texas through a lens, painting the picture of wildlife and cowboy history for years to come.

“Whether it’s history or culture, of course my specialty is wildlife because that’s what I started out doing,” Meinzer said. “That’s what Texas is.”

He was officially named Texas State Photographer in 1997, a title created just for him, then-Governor George W. Bush and the Texas State Legislature.

“It’s an honor I never dreamed of,” Meinzer said.

Meinzer’s photos have been featured on the covers of several major magazines, including Texas Parks and Wildlife, National Geographic, and Texas Wildlife magazine.

Meinzer would return to his alma mater for 12 years, serving as an adjunct teacher and trying to inspire his classes to not only become amazing photographers, but to strive to be the best version of themselves they can be.

Another of his goals is to teach how challenging yet rewarding all types of photography are and gave his top tips on how to take amazing photos.

He said that on most trips he travels hundreds or thousands of miles for the opportunity to get the perfect shot, sometimes coming home empty-handed.

He said during his last shoot in snowy weather in early February, he drove more than seven miles in one day in the Texas Hill Country snow to get two shots of coyotes playing.

Meinzer said he was proud not only of his job, but also of the state of Texas, which he loves so much. He called it an honor to present his state’s history through photographs because you may never see that exact moment in time again.