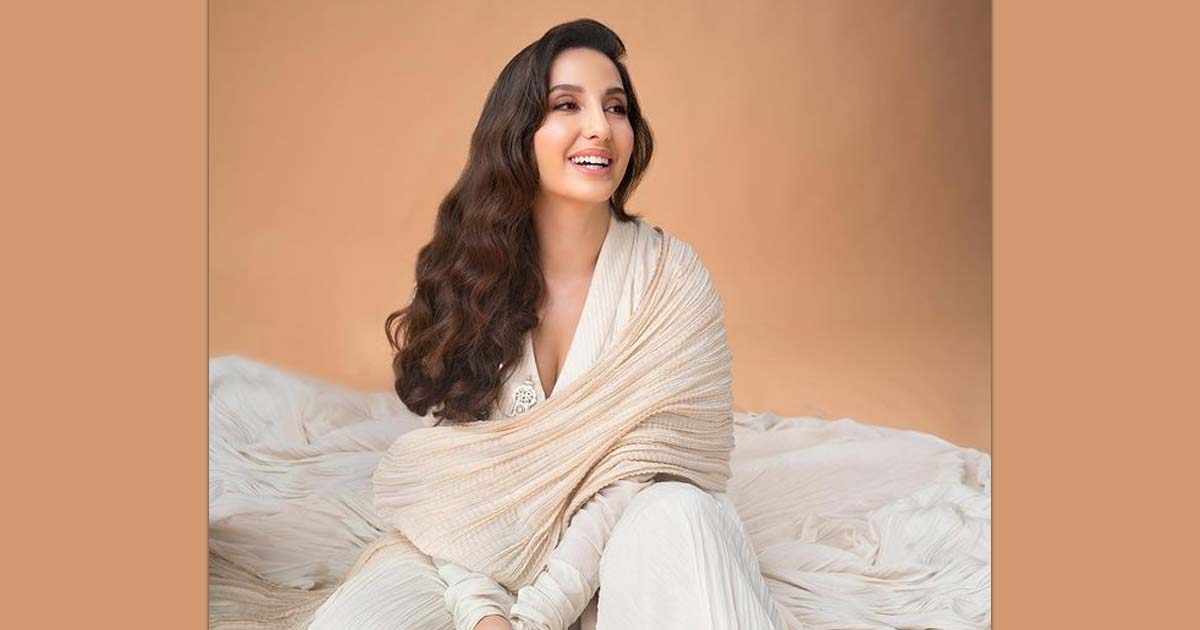 Nora Fatehi Called “Paaji” By Photographer, Feels Glad She Was Not Called “Behenji”

Nora Fatehi and Guru Randhawa are creating a stir with their latest single, Dance Meri Raani. The song already has over $ 50million on YouTube and won’t be slowing down anytime soon. Recently the duo were seen having fun with the paparazzi and it’s too funny to miss.

For non-connoisseurs, Nora and Guru touched the audience with Dance Meri Rani. The song was released last year and had created a huge rage when it was released. The duo were beloved for their onscreen chemistry, and now they’re back with another hit song.

Recently, Nora Fatehi and Guru Randhawa were promoting Dance Meri Rani. They were clicked by paparazzi. While being clicked, a photographer called Nora ‘paaji’, which left Guru in a split. The Dilbar star didn’t care because she was happy, her name wasn’t “behenji”.

Here is the video:

Meanwhile, Nora Fatehi showcased a mix of diverse cultures and styles from different parts of Africa in her latest track. In addition to the authentic and popular Afro dance moves hailing from countries like Nigeria, Senegal, and Ghana, Nora also made sure to achieve the right look by donning ash blonde curly hair for one of the looks in the song.

Nora said: â€œGrowing up I was surrounded by beautiful African women, be it my family, my friends, my mom, who were lucky enough to have beautiful afro curly hair. I have always been impressed with the variety of beauty we have in Africa, from different undertones of skin tones to different hair textures. (via IANS).

On the work side, Nora Fatehi was last seen in the song ‘Kusu Kusu’ in Satyameva Jayate 2. She even starred in the recently released Bhuj: The Pride Of India.

Must read: Heeramandi: Sanjay Leela Bhansali approached legendary actress Mumtaz but declined the offer because of her husband?

10 things you need for a dream carpentry workshop