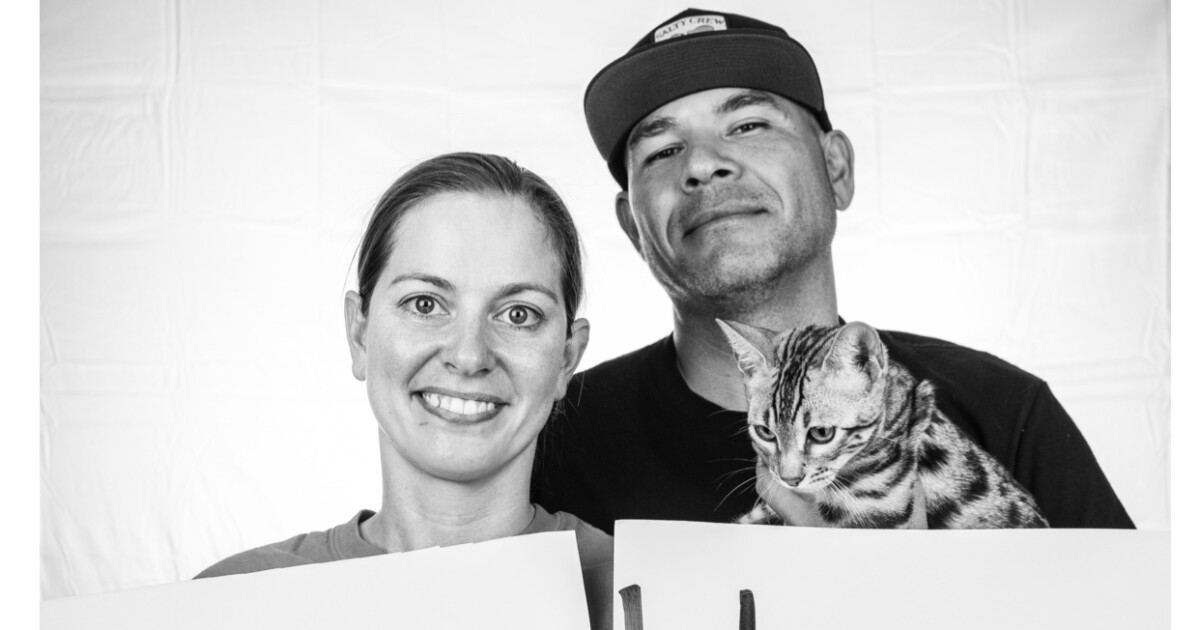 There’s a new exhibition of ephemeral photographs that only lasts two evenings, and it has an interesting story. Jeff Moore said the pop-up was from a group of cyclists SATX social ride.

“We’re kind of a grassroots cycling organization that gets people out on the road every Tuesday,” Moore said. “So people who haven’t ridden in a long time or are just having a casual ride, they go out and enjoy it on Tuesday nights.”

You may have seen them downtown, riding en masse.

“We ride downtown, usually between 8 and 15 miles. Some of our rides are more family friendly and some are a bit more sporty,” he said.

The exhibit features photos of these SATX cyclists, mostly taken by Dan Rosales.

“We do these portraits of cyclists, we have been doing it for seven years; it started in 2015,” Moore said. “And the idea is that we take images of runners, intimate black and white images, and they’re holding up a sign.”

The sign each is holding tells something telling about each of them.

“We have about 40 different signs of different family designations, like grandmother, grandfather, grandson, tio, tia, son, daughter, brother, sister. And the point of that has always been to humanize the face of cyclists to the non-cycling public,” Moore said. “Some of them are really amazing. You will see a grandmother, a mother and her daughter, all riding their bikes together.

The idea for this pop-up came about because San Antonio’s record for monitoring cyclists on the roads isn’t that good.

“This is due to our experiences with aggressive drivers and people injured and killed by vehicles,” he said.

“It will take place at the Dry Goods building at 107 North Flores St. We are going to have about 150 to 200 portraits hanging in this wonderful space,” Moore said. “We will have some collages. We will have a DJ, a bar.

The Dry Goods building is across from Old City Hall on the corner of Commerce and Flores.

“It’s just above 7/11. It’s an amazing historic building that’s been redone, and it’s a really nice space for something like that,” he said.

Moore noted that if you ride your bike there, they have a place to park it inside.

Improve your understanding of DEIA with Spring 2022 workshops