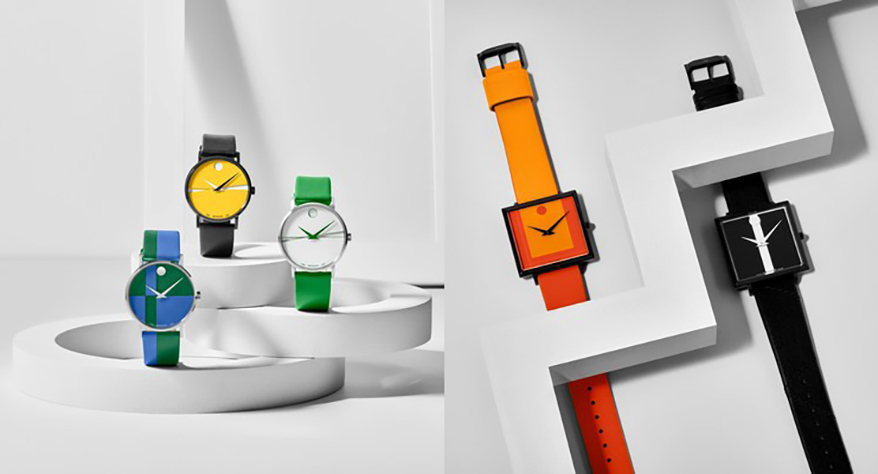 MOVADO launches its next artist series

(PRESS RELEASE) NEW YORK – Movado announces its next artist series collaboration with Carmen Herrera, a famous 106-year-old Cuban-American artist. Herrera’s style, defined by vivid colors, strong lines and dynamic geometric shapes, portrays a sense of orderly minimalism influenced by his early training as an architect. His revolutionary creations are a unique intercultural dialogue in the international history of modernist abstraction. Carmen’s masterpieces have been displayed in solo exhibitions and in the permanent collections of the Whitney Museum of American Art, the Museum of Modern Art in New York, and major art institutions around the world.

â€œCarmen’s work is truly extraordinary,â€ says Efraim Grinberg, President and CEO, Movado Group. â€œFrom our first sponsorship through the Public Art Fund, it was clear that the partnership was a natural fit. There is a common sense of modernism, an appreciation for clean lines and a bold, minimalist design. Culture is also something Carmen and I have in common: we are both Cuban-Americans. His story, his dedication to his profession and his lasting motivation really resonated with me. We are proud to honor the legacy of Herrera and support the Public Art Fund with this collection.

â€œIt was important to me that this collection represents the work of my entire career,â€ said Carmen Herrera. â€œThis is, after all, a design for a timepiece and I was very aware of the implications of this philosophical and stimulating concept, as well as of the history and prestige of the Movado brand. Movado has worked with a lot of amazing artists ranging from Max Bill to Andy Warhol so it’s been wonderful working on this project. I am delighted to see my designs come to life with the help of the talented team at Movado.

â€œThe idea that an artist can design a watch, a textile or a piece of furniture as well as create a painting or a sculpture is at the heart of the ethics of modernism. How fitting that the legendary Carmen Herrera, an artist who began as an architectural student in Havana in the late 1930s, seizes the opportunity to collaborate with Movado, â€said the artistic and executive director and chief curator of the Public Art Fund, Nicholas Baume. â€œThis dazzling series of watches embodies this modernist vision of integrating high art and design into functional form and everyday life. Public Art Fund was proud to present Carmen’s sculptures to the people of New York and Houston, and we are delighted to see this elegant timepiece translation of her timeless art.

The Carmen Herrera X MOVADO Artist Series consists of five unique designs inspired by some of Herrera’s most significant works, reinterpreted through the lens of Movado’s iconic Museum Dial.

The collection represents Herrera’s vision of geometric abstraction reflected on the museum’s dial, creating wearable works of art. Herrera was inspired by a first black and white painting, done in 1952 while living in Paris. Untitled (1952) is now part of the collection of the Museum of Modern Art in New York. She was also inspired by works in her series Estructuras, a group of sculptures first constructed in 1971 and still created today, as well as the Blanco y Verde series of paintings which ended between 1959 and 1971. For other creations, Herrera has chosen to present more recent work in timepieces, choosing a painting from 1989 and one from 2016 as inspiration. While curating this collection, Herrera sought out works that were both symmetrical and asymmetrical, emphasizing contrasting balance and tension, color and form.

The Artist series is limited, with only 100 pieces created of each style and is available now on Movado.com. A total of seven collector’s sets including all five watches in the series, as well as exclusive packaging, were also created and sold immediately. To celebrate this launch, Movado is proud to support the Public Art Fund by donating a portion of the proceeds.