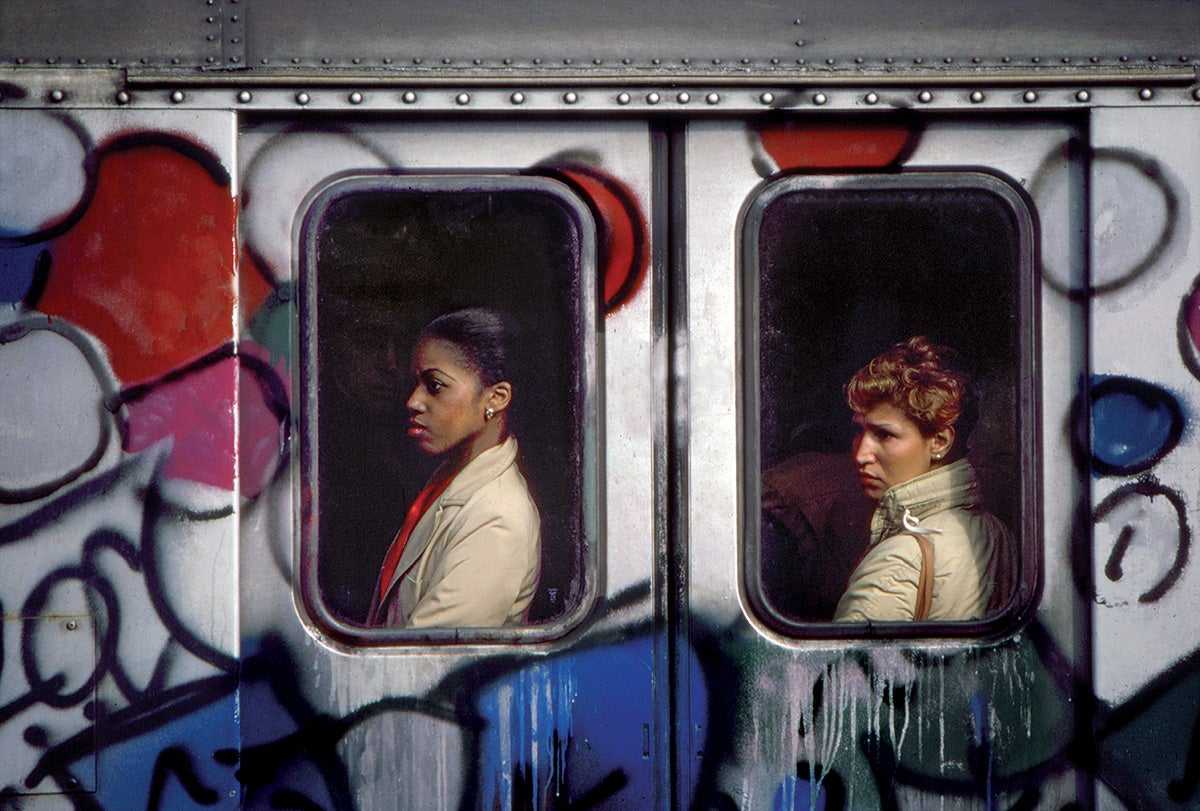 A playful and illicit emergency under a brutal camera flash. The art about to create and the artist about to be caught. Such was the life of the documentary photographer Martha Cooper continued as she captured the emerging graffiti scene in 1980s New York.

To this day, Cooper continues to travel the world documenting graffiti culture. When asked why, the answer is just as exciting.

“I think the illegal aspect is exciting,” she wrote to PopPhoto. “As soon as you go on an illegal mission, you understand the thrill because it’s an adventure. It’s an art contest that takes a lot of skill to see who can stand up the most with the best style. It takes a lot of planning to achieve a great room in an ideal location and that adds to the excitement.

Related: Leica’s latest ‘drop’ may be the world’s trendiest camera

A pioneer of photography

It turns out that few were better placed to capture the birth of New York’s underground graffiti culture than Cooper. A pioneer in her field, Cooper claims the distinction as the first female trainee to National geographic and followed as the first female staff photographer at New York Post. At Job, Cooper has covered all kinds of news: crime, surveillance, celebrity portraits, and more. His “weather photos” – a background photo thrown into the newspaper when space was available – are compiled in another book, New York state of mind.

Then, in 1979, she met the graffiti artist HE3, who would be her connection to a formidable introduction with the artist Donald Joseph White, aka DONDI.

It turns out that DONDI already knew Cooper the day she and HE3 rode up to his house in Brooklyn.

“When I introduced myself, DONDI said, ‘Oh, Martha Cooper!’ He knew this because he had extracted a photo from the Job that I took from a kid on a swing with a Dondi piece on the wall with my credit and stuck it in front of his black book,” Cooper explains. “It was a perfect connection because graffiti artists wanted fame and I had given DONDI a lot of fame with that photo, although at the time I was surprised to learn that the graffiti artist could to be identified. It was a revelation.

The meeting was followed by an invitation from graffiti artist Eric Deal to interview DONDI and his friends. Cooper remembers shooting indoors on Kodachrome 64 ISO. And that was the start of his foray into the underground art scene.

“DONDI was the first graffiti artist I met. He was respected and he vouched for me,” Cooper says. “DONDI introduced me to other writers at the Sam Esses studio in 1981. Relationships evolved from there.”

A subway car arouses an interest in life

Although her relationship with DONDI gave Cooper an “in”, the spark that really ignited her interest in graffiti came the day she took a close look at the New York City subway. DONDI constantly referred to it, so Cooper decided to see what it was all about.

“In 1980, I went to 180th Street in the Bronx where the trains were running above ground and I started looking,” she says. “The first time I went there, the LEE train with the poem on it was sitting there. It must have been freshly painted the day before. It was the very first day! I started coming back. I had a car and I was driving along the tracks looking for some interesting backgrounds. On the second day a complete BLADE car arrived with most of the windows still painted. I took some of my best pictures those first few days and that really got me going.

A true journalist, Cooper didn’t just document the final product. She also followed the graffiti artists who snuck into railroad yards early in the morning, leaving their mark as the sun rose.

“For me, the story wasn’t complete until I could see how the graffiti was painted,” Cooper shares. “Whenever I was with them it was usually, ‘Let’s do it.’ It was a mission and they were professionals. They know how to get in, do their job and get out. I was definitely an outsider and trying to make myself invisible. I was not a participating observer. I did not help wear the paint. I just tried to quietly be a fly on the wall. It was my approach.

Capturing these clandestine scenes required quick thinking on several fronts. At the time, Cooper was shooting movies on a Nikon FM. So, in addition to offering creative exposure techniques (a flash could attract attention) and angles, reloading the camera was also a factor, while avoiding the law.

“I was like, ‘How am I going to capture this?’ What gear should I carry while hiding under the fence and crawling in and out of yards? she elaborates. “I couldn’t drop anything. Sometimes a guard would come and I would have to duck under the car near the third rail and think, “I hope this train doesn’t move because I’m dead.” I don’t have any stories of being kicked out of job sites, but I always knew it could happen and I had to be prepared to run with the camera gear.

Today, graffiti is more widely accepted by the public. The medium has even found its way into the contemporary wings of museums and galleries. In the 1980s, however, there was another story.

“In the early ’80s, the scene was mostly New York based and very underground, with few outsiders understanding what was going on,” Cooper recalls. “Today, graffiti and the associated (but different) street art scene is a huge global art movement.”

Outside of museums, graffiti still remains a public and democratic art form. And Cooper is thrilled to see the mainstream enthusiasm for the medium, from community-painted trains in South Africa to public graffiti events in Tahiti.

On Pulverize the nation and subway art

In the wake of subway art, Pulverize the nation is a companion book and a collaboration between Cooper and its publisher, Roger Gastman. To compile the images, Gastman selected thousands (perhaps hundreds of thousands) of slides, scanned them, and planned the layout. When asked how the two tomes compare to each other, Gastman is adamant: Neither tries to top the other.

“They were shot at the same time but are edited very differently for content,” he shares. “For Pulverize the nationwe worked through thousands of unpublished images to find the best of the best photos that told a story and were just great photos. Pulverize the nation is also a much longer landscape-format book than subway art. We would never want to compete or compare ourselves to subway art– just be a companion.

A touch of humanity, however, fixed Pulverize the nation apart from his peers. It’s not just about the final works proclaiming themselves on howling trains, it’s also about the people.

“It was important to bring together multiple artists and themes, such as sayings, characters, showcases, and gallery works,” Gastman concludes. “It was also important for me to make sure that every once in a while there were people in the photos. It was easier than I thought because Martha did an amazing job always capturing the story and the scene – and not just the graffiti, as most did.