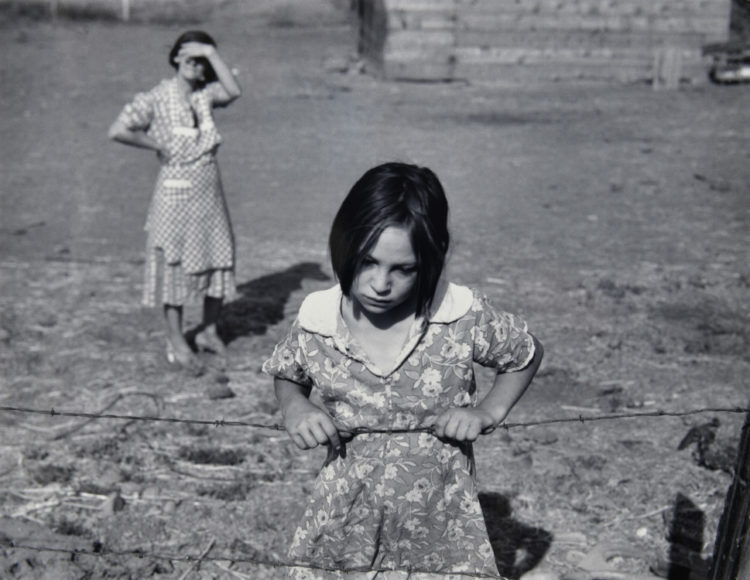 The debate over whether photography is an art had raged for over half a century when Bill Rhoades was a boy taking pictures with a Kodak compact camera given to him by his aunt and reading Time Life books. on the photo.

For Rhoades, that was never really a question.

“From the start,” he said, “I believed that cameras played in capable hands guided by acute vision would produce results worthy of being considered a work of art.”

Rhoades has taken thousands of photos in his lifetime. The early ones were shot on the Kodak and also on a Nikon he bought for $400 from Meier & Frank in Portland, where his mother worked. Many more were shot during his 15-year career at Madras Pioneer Jefferson County newspaper. (After leaving the newspaper in 1995, Rhoades worked another 18 years for the Confederate Tribes of Warm Springs before retiring.)

While he calls himself a “decent photographer”, Rhoades does not consider himself an artist. But he does collect art, and since the late 1990s he has made it his mission to promote North West art created from 1930 to the present day, a mission facilitated by the Hallie Ford Museum of Art in Salem.

“Since the museum opened, he has donated nearly 1,000 objects,” said Jonathan Bucci, curator of collections and exhibits at the museum. In recent years, Rhoades has focused almost exclusively on Pacific Northwest photography, so it seemed to Bucci that the time was right for an exhibition that took advantage of this abundance of material.

The 38 images of Depth of Field: Selections from the Bill Rhoades Collection of Northwest Photography fill two of the museum’s smaller spaces: the study gallery on the ground floor and the print study center upstairs. The exhibit runs through April 23, and on March 10, Bucci will host a Zoom Live chat with Rhoades, art historian Prudence Roberts, and two photographers whose work appears in the exhibit, Stu Levy and Craig Hickman.

Roger Hullart professor emeritus at Willamette University, underscores the importance of the exhibit noting that photography (as opposed to other media) continues to be “underrepresented in regional collections.”

“I think it has to do with the general status of photography relative to other art media,” Hull told me. “There may be a lingering, perhaps unacknowledged, bias against the ‘mechanical’ nature of photography and issues of authenticity. Is a given impression “original”, and if not, does it matter? These questions have been discussed within the photo community for over a century, beginning at least with Alfred Stieglitz‘passionately defends photography as an art, but doubts may persist.

Depth of field is a powerful answer to all doubts. The exhibit is a pleasing blend of sensual black and white images that capture the beauty not only of the Pacific Northwest’s geography, but also of the people and architecture.

And, with its return to New Deal photography, it’s also kind of a snapshot of the evolution of photography as an art form practiced by some of Oregon’s most famous photographers. Spend some time with the notes, and you can also trace the arc of a movement: from New Deal Photographs in the 1930s, through the advanced interim workshop run by minor white during Oregon’s Centennial in 1959, when Portland’s was founded blue sky gallery in the mid-1970s and the Portland Photographic Workshop in 1982.

For example, gelatin silver print Bridal Veil Stream, clearly a time-lapse shot, was taken by Stu Levy, who worked for a time as an assistant to Ansel Adams in California. Hull tells the story of Levy returning to Oregon with a friend, Stewart Harvey, determined “to maintain this energy”. They then organized the Portland Photographic Workshop, which held workshops on the Oregon Coast.

The show’s striking signature, found on the cover of the program and used to illustrate the exhibit on Hallie Ford’s website, is to Terry Toedtemeierone of the founders of Blue Sky Gallery. Cave of the Lost Boya 22-year-old gelatin silver print, is a stunning image taken from inside a coastal cave, with the rocky ceiling and walls and the uneven sandy floor, pockmarked by pools, illuminated by hazy light.

That Rhoades was able to hunt gems like these speaks to the power of daring to simply ask artists if they would be willing to part with a piece in exchange for something else. “I wanted to prove that you can build a serious collection without a fortune,” he wrote in the program notes. “I decided early on to go for a different collectible model from elite and wealthy collectors, so I had to be an opportunist.

Rhoades’ well-meaning “opportunism” has allowed him to donate coins to the Hallie Ford every year for a quarter of a century, and not just photographs; her gifts include painting, sculpture and basket weaving. He also helped establish the Pacific Northwest Photographers Archive at the University of Washington.

“I have a lot of artist friends in the Willamette Valley and a few in northern Washington,” he said. “So over the past 40+ years we have made many trips up the mountain to visit friends, museums and the local thrift shops in search of treasures.”

The Hallie Ford Museum of Art is on the campus of Willamette University, 700 State St., Salem. Hours: noon to 5 p.m. Tuesday to Saturday. The last entry of the day is 4:00 p.m. Timely entry reservations can be made via the website, which also contains information on COVID protocols; the museum requires masks and proof of vaccination.

David Bates is an award-winning journalist from Oregon with over 20 years as an editor and reporter in the Willamette Valley, covering virtually every topic imaginable and with a solid background in arts/cultural journalism. He has lived in Yamhill County since 1996 and is currently a freelance writer whose clients include the McMinnville News-Subscribe, Oregon wine pressand Treat yourself, a food-focused publication. He has a bachelor’s degree in journalism from the University of Oregon and a long history of involvement in the theater arts, acting and sometimes directing for Gallery Players of Oregon and other theaters in Oregon.

More stories by this author