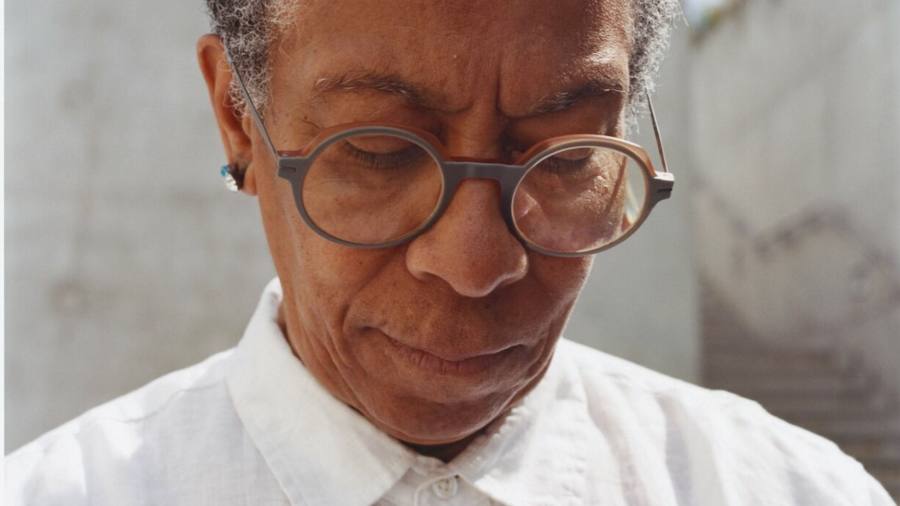 For photographer Ingrid Pollard, clothing is part of the job

The 69-year-old photographer and artist has explored over a 40-year career the codes of the costumes we wear and their relationship to notions of identity, nationality and race, now and in the past.

This is an important year for Pollard. As good as Carbon spins slowly, a major exhibition at Turner Contemporary in Margate (“not a retrospective – more a survey”), it is also nominated for this year’s Turner Prize, one of the highest honors in British art. What does she think? “Great! And it’s great for photography because there were only ever a few of us.

Pollard’s work is full of images of people in costumes playing supporting roles. Take it Obvious series of eight portraits of black Britons, taken in 1995 and now part of the V&A collection.

A man ready for a nightclub stands in an arable field; a young woman in a satin dress is delighted on a beach; another young woman wears a headscarf and dresses in front of a suburban garden hedge in full bloom. The protagonists are posed in English landscapes, dressed in clothes that seem out of place. Everyone looks away from us, disengaged.

“Their clothes become part of that conflict in how you understand what’s going on,” Pollard says, as she shows me around the Turner Contemporary exhibit, where Obvious is on view until September 25. “I want you to bring your life experiences in formal wear or whatever to how you read it. It’s not that they [the subjects] are incongruous. It is an atypical setting. »

Obvious is one of hundreds of works by Carbon spins slowly. In addition to original photographs, the exhibition includes found images enhanced by Pollard in “an ongoing conversation with the public” and installations. Sometimes Pollard seems to examine how people present themselves; sometimes she wonders how the rest of us observe others.

We meet in Margate just as she is finishing work on the exhibition to talk about her life, her career – and because this is an interview for Art of Fashion – the role of costume in her work and her own sense of dress style. Charlie Porter’s Book 2021 What artists wear drew attention to the way artists dress. Pollard finds it amusing — “It’s really weird!” — although she clearly loves the clothes.

She’s well-dressed, with self-control and a hint of British mod counterculture style in her black and white checkerboard print shirt, straight-leg jeans and 1960s-style brown suede shoes. Is she mod ? “Oh no,” she said. “But there’s a famous photo of Pauline Black (of UK ska band The Selecter) in a shirt like this. I had been looking for one like this for years. I even went to the Carnaby Street mod shops but couldn’t get any. I ended up having it at Macy’s in New York. That’s fine, but he’s a man.

When Pollard chooses clothes for public appearances or for portraits, she says she thinks carefully about their effect. She’s “not afraid of bright colors” and tailored shirts are her favorite. She sometimes has them made.

A recent portrait shows her resplendent in a fitted white wing-collared menswear shirt, worn with a delicate and intricate orange beaded necklace, which looks like an antique piece, possibly South American, though she tells me the found in a shop in Brighton. The combination is ingenious, and like the costumes of Obviousperhaps subversive in that it mixes English formality with other identities.

As a child, Pollard was keenly aware of the role clothing plays in belonging. “But less now,” she says.

Born in Guyana in 1953, she emigrated to the UK with her parents three years later and spent her childhood in east London before training at the London College of Printing and then Derby University. Her parents helped shape her awareness of clothing and identity. She remembers in detail how they dressed in her childhood, for weddings, parties and political demonstrations. She still has a pair of her mother’s evening shoes.

“I can see them in photos at the 1960s London bomb marches dressed as beatniks. They weren’t rich, but they were fashion connoisseurs.

London, too, offered sartorial stimulation. As a teenager in the 1960s and 1970s, Pollard scoured the Camden market for second-hand style.

In the 1980s, after a series of landmark group exhibitions at the ICA and the Battersea Arts Centre, Pollard soon became associated with the rise of black British art, spurred by the Black Arts Movement, which included artists such as Lubaina Himid, and facing racism in her practice.

Part of Pollard’s work from this time is a reportage documenting London street protests: the anti-fascist movements and subsequent protests against Term 28, a British law which sought to prevent “the promotion of homosexuality”. The themes and forces are dark, but Pollard’s photos capture the joy of manifesting. “And the less joyful experiences when you are bullied by the police,” she adds.

Pollard was also politically active, as a member of the radical feminist collective Lenthall Road Workshop, an activist organization in London, and as a co-founder in 1988 of Autograph, the agency which supports black photographers.

More recently, Pollard has worked with colonial era photography collections, including the Caribbean Photographic Archive. Here, the clothes and costumes in the images she has chosen force us to question what we see.

Valentine’s Days, on display in Margate, is a series of hand-tinted digital photographic prints of Jamaican scenes, taken by a photographic firm called Valentine & Sons in the 1890s. Kingston harbor is bright and bustling, the streets are crowded, young women in floral Victorian dresses and carrying baskets are seated in formal poses. At first glance, they look like picture postcards, but the photographers had a more sinister, state-commissioned mission to show potential real estate and business developers Jamaica’s working population and infrastructure that could make a fortune.

“People are seen in the same way as ferries, roads or the port. These people could work for you,” says Pollard. “Once they were looking at the photographer. Now they are watching us.

Another image from Jamaica from the 1890s shows a formally dressed group at Emancipation Day celebrations, digitally enhanced by Pollard. “Some of these people will have been enslaved, and yet they are so well dressed,” Pollard says. “It’s a matter of clothes.”

I have a weakness for lace. It does nothing but be lace

Recently Pollard moved to the north of England, where a neighbor who knew of her interest in clothing presented her with a handmade Victorian dress, complete with corset and lace bonnet, which had been sitting in a closet for 60 years.

She’s still trying to figure out what to do with it – she could make an installation out of it. “It has fantastic detail,” she says. “Buttons with little angel heads. And oh, the lace. I have a weakness for lace. It does nothing but be lace. It is a sign of wealth.

Pollard says it has only been in recent years that she has been considered for solo shows at major galleries such as Turner Contemporary. The Turner Prize nomination will boost his career.

But she is wary of all of her work being interpreted as being solely concerned with race, or somehow documenting a black experience. Pollard doesn’t want to be “forced into this identity thing – that’s not quite it.

It’s more of a line of inquiry.

Which line we choose to take when looking at Pollard’s photographs, she leaves up to us to decide. What her work ultimately reveals to us is that our identities are constructs – whoever we are and however we choose to dress.