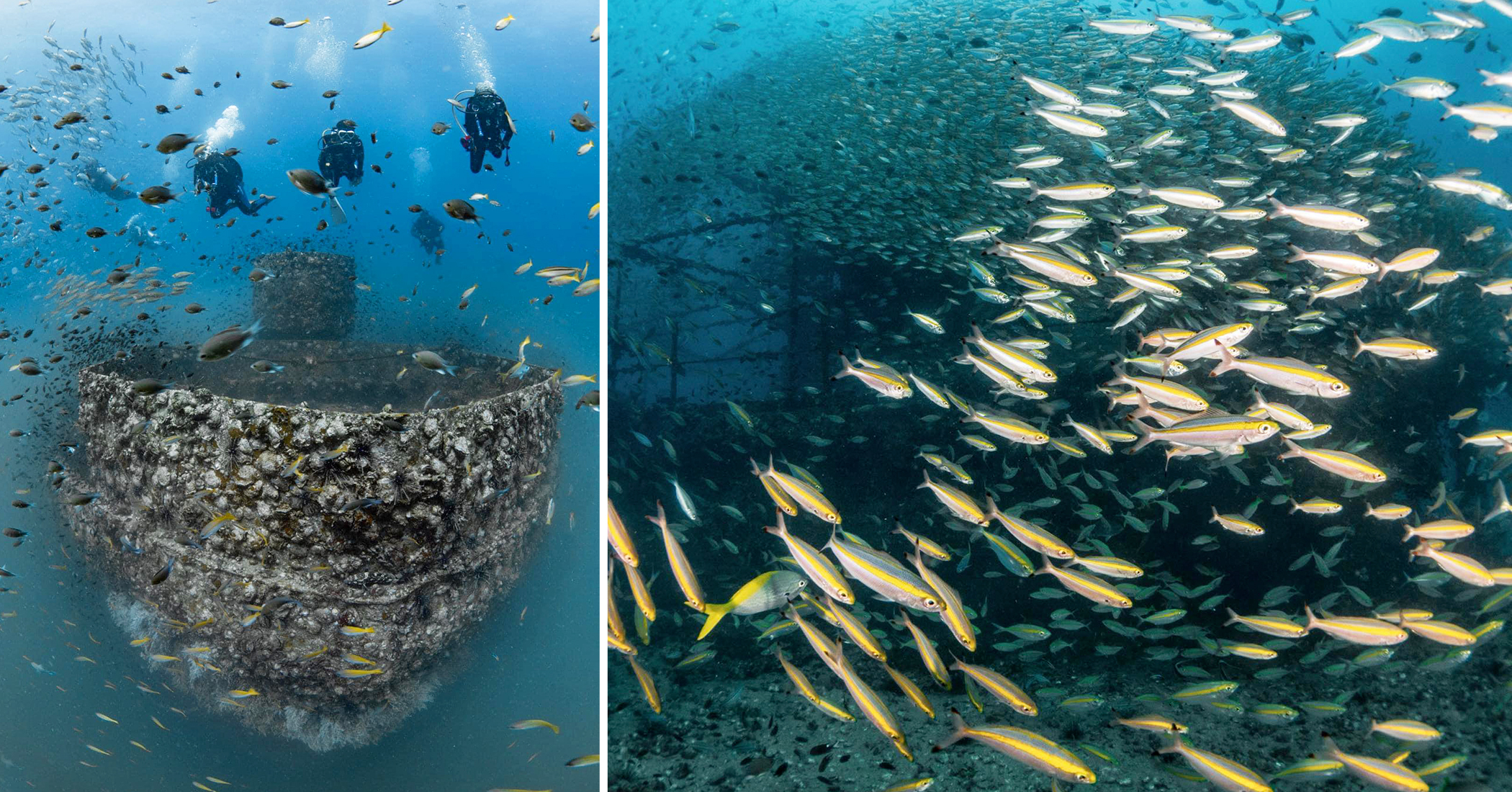 There’s something about a shipwreck that seems frozen in time. Photographer Guntaphat Pokasasipun’s underwater images of the sunken HTMS Chang have a beautifully eerie quality that makes it look ageless.

He credits the wreck with one of the largest and most comprehensive dive sites in Thailand.

“It sank on November 22, 2012 and quickly turned into a large artificial reef, rich in marine life; from soft coral to the biggest fish on the planet, a whale shark,” the 32-year-old Thai dive master told The Epoch Times. “I try to take pictures from all angles.”

Curiously, long before it became an underwater photographer’s dream, the HTMS Chang was a United States Navy vessel during World War II and the Korean War. Originally named LST-898, it first left Florida in 1944 to begin war missions near Japan, the Philippines and Korea.

In 1952, LST-898 returned home and spent the rest of the decade conducting Navy operations in the Pacific, Alaska and along the West Coast. She was renamed USS Lincoln County, and after being decommissioned in 1961 after earning a handful of battle stars, was donated to Thailand and designated the Chang.

After several decades of use in the military, in 2012 it was scuttled to make it an artificial reef for scuba diving. The dive site is located near the island of Koh Chang in the province of Trat.

For Pokasasipun, exploring the waters around his country was a lesson in the value and threat of our oceans.

“The ocean is our home,” he said. “Without the ocean, there will be no life. From my diving experience around Thailand, I can say that our home is now badly deteriorated.

“I encourage everyone to realize that we need to save our home before it’s too late.”

Pokasasipun began diving in college and photographing on field assignments as an intern at the Southeast Asian Fisheries Development Center about eight years ago. Before long, he realized his heart belonged in capturing images of sea life.

“I started my photography with portraits and events during the internship, before switching to landscape photography since I fell in love with the tranquility of nature rather than working with people,” he said. he explains.

After completing his course, he decided to take up underwater photography, and that’s where his diving experience came in.

“Diving skills are crucial as it will allow you to be safely in the right place at the right time,” he said, adding that he now enjoys his job as a divemaster and photographer at DiveAddictd, a tour operator dive company based in Bangkok.

“It gives me the opportunity to capture this moment in time facing the underwater world; share how beautiful it is and give people a reason to save the ocean.

Share your stories with us at [email protected], and keep getting your daily dose of inspiration by signing up for the Inspired newsletter at TheEpochTimes.com/newsletter

Interview: Nakuru, artist, rapper and songwriter based in Kenya Kilundeezy