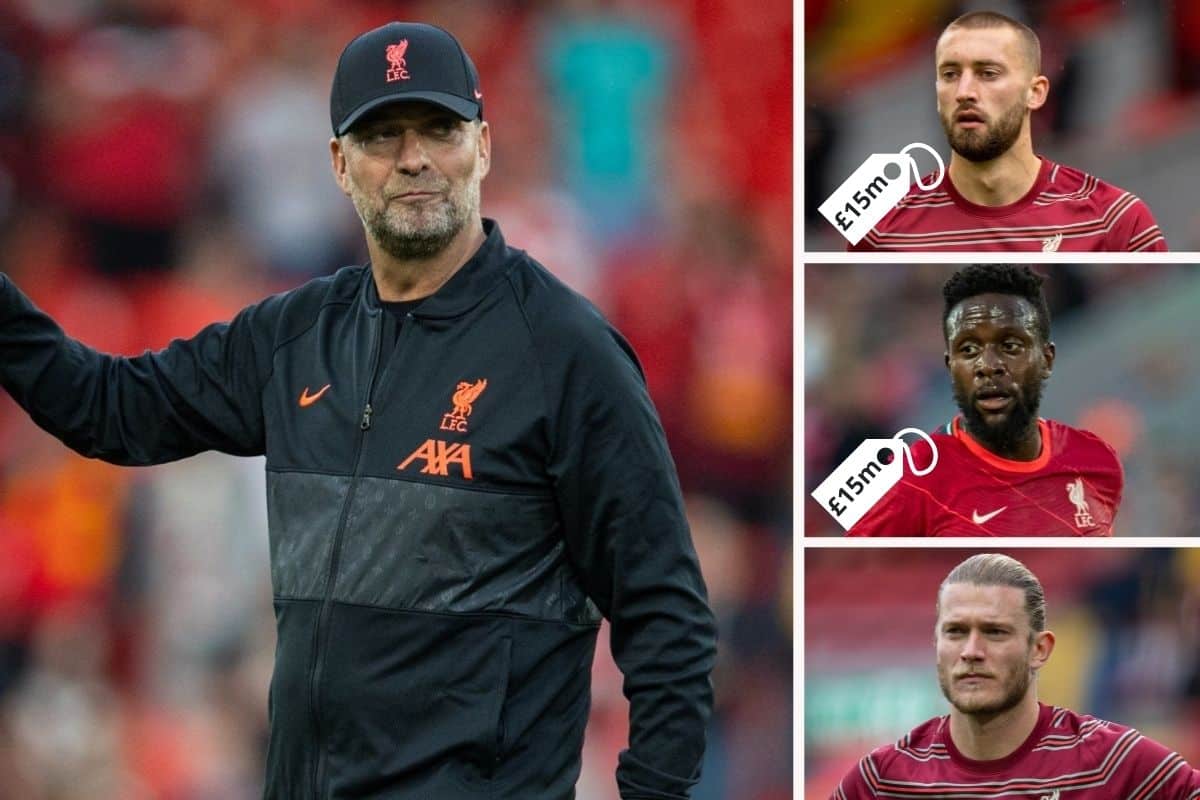 Liverpool ended the summer transfer window with just one signing and with a number of fringe players still on the books. So why was that?

In the current setup, Liverpool rarely take an active part in the pageantry of the transfer deadline day.

The winter window of 2021, when Ozan Kabak and Ben Davies were brought into emergency blanket at center back in the final hours of trading, is an anomaly.

Prior to that, the most recent signing at Anfield was Alex Oxlade-Chamberlain, who traded Arsenal for Liverpool in a deal worth £ 35million.

Even then, the arrival of Oxlade-Chamberlain was far from a surprise; Gone are the days of the latest frenzied gusts such as the one that brought Andy Carroll and Luis Suarez through the Shankly Gates on the same day.

But the nature of the market is such that Michael Edwards, Julian Ward, Mike Gordon and, more frequently, Director of Loan Management David Woodfine remain busy throughout the due day.

A busy deadline, but no signatures?

Liverpool came in on Tuesday with plenty to do in terms of spending, as supporters kept low hopes of a new addition in midfield, attacking or both.

Twenty-three hours have passed in a day kicked off by a new four-year contract for Jordan Henderson, and Origi, Phillips, Karius, Williams, Gallacher, Dixon-Bonner and Boyes remained in Merseyside.

Loans have been finalized for Ojo, Williams, Cain and Longstaff, but there has been no handshake on the standing deals, either on entry or exit.

So the transfer window ended with Ibrahima Konate the only signing of the first team and a third of the peripheral numbers intending to be sold still on the books.

Top leagues in Russia, Turkey and Mexico are still in a position to do business for now, which could present another avenue for players like Origi and Karius, but for all intents and purposes the cutoff point has been exceeded. 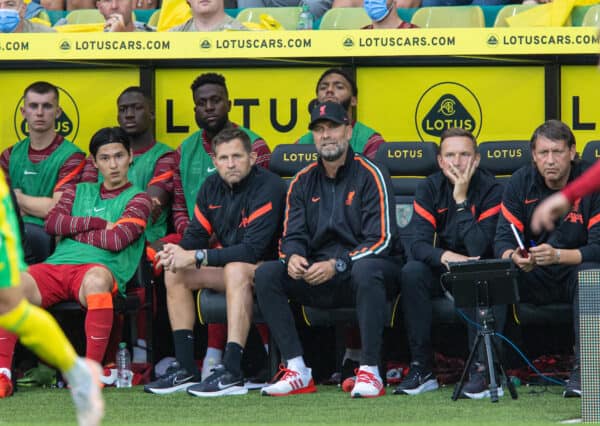 Jurgen Klopp will now continue with the players already at his disposal – and, at least outwardly, he will be happy to do so – while potentially not even registering a full allocation of senior players.

But until January at the earliest, many will be pondering what could have been had one of Europe’s best teams been beefed up further.

There is certainly a question to be asked as to whether Liverpool and those overseeing transfers have made a rod for their own backs when it comes to moving players. 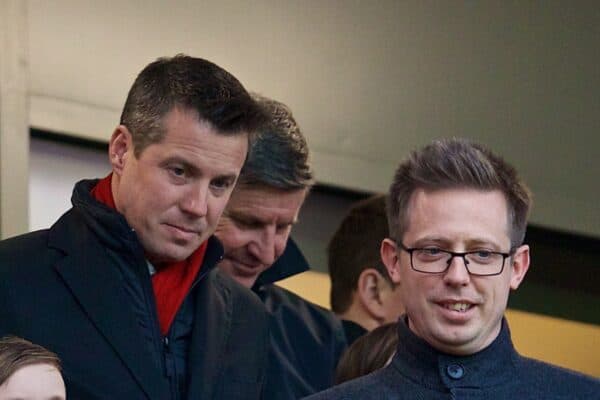 Given the 24-hour market coverage, with a growing section of supporters seemingly more interested in signings and sales than performance on the pitch, the Reds’ efforts to move their deadwood have been widely publicized.

Journalists close to the club were able to provide updates on the future of Xherdan Shaqiri, Harry Wilson, Marko Grujic and Taiwo Awoniyi, among others, aided by sources further afield.

This usually accompanied reports on Liverpool’s valuations for these players, with price tags set to give interested parties a rough figure when negotiations began.

It often happens that these are part of the value maximization process during talks – for example, if Awoniyi is shown as available for £ 8million then some clubs would be alerted to his availability.

However, from an outside perspective, the fact that these valuations were not achieved for any of the four senior players sold and that trades did not materialize for others suggests a problem. 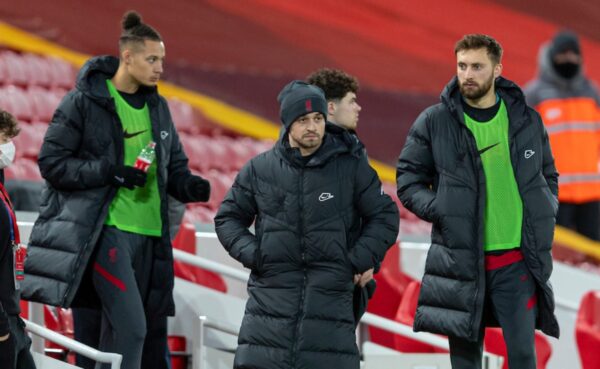 In fact, Liverpool can be seen to have missed a total of £ 62.5million in eight fringe figures this summer, comparing their reported prices to fees collected.

Of those sold – namely Shaqiri, Wilson, Grujic and Awoniyi – it was Grujic who saw the biggest drop between expected fees and what Porto ultimately paid for him – from £ 20million to £ 10.5million. books.

And while it could be seen as a coup, Wilson was sold for £ 12million with only a year left on his contract, but there was hope that Fulham would pay up. 3 million more pounds.

Meanwhile, it was seen as some sort of success that the club managed to convince Lyon to more than double their initial bid for Shaqiri, but the £ 9.5million made was still below the minimum value of 13 million pounds announced to fans. could bring. 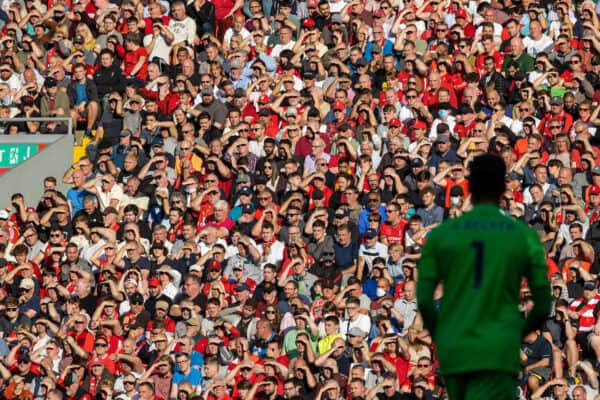 Perhaps this is the biggest problem: the proliferation of information about transfers and how fans consume them creates unrealistic hopes, especially when a ‘sell-to-buy’ approach is put forward.

It is easy to overlook the structure of some transactions, with sale clauses such as those agreed for Wilson, Grujic, Awoniyi, Kamil Grabara and Liam Millar possibly representing part of the missed price.

But if funds were really needed for sales – and more realistically, players needing to be moved before other bodies were brought in – maybe Liverpool set their prices too high?

Is it any wonder that no buyer could be found at the fees charged for Origi, Phillips, Williams or Ojo given their performance levels over the past two years?

Origi is the best example of this: a player whose stock could not have been higher at the end of the 2018/19 season, but who has returned to a lower level than needed to challenge players like Sadio Mane and Mohamed. Salah, can no longer be summoned or cashed.

The decision to give Origi a new five-year contract following the Champions League triumph in 2019 remains one of the biggest and most sentimental failures of Edwards’ tenure as sporting director.

Now Liverpool are unable to coax offers for the Belgian even for £ 10million less than the £ 22million deal struck with Wolves in 2018, when he was left two years on his previous contract.

That Origi turned down the transfer to Molineux was not the fault of members of the club’s hierarchy – and goals against Everton, Barcelona and Tottenham justified No.27’s decision – but the situation now playing out certainly is.

And while he enjoys similar cult status among fans, it’s hard not to draw a parallel with the four-year deal handed to Phillips when none from Newcastle, Burnley, Brighton or Southampton do. disbursed £ 15million before the deadline.

Phillips can be happy with his role as a fifth-choice center-back, especially given Joel Matip and Joe Gomez’s injury histories, but there’s unlikely to be a better time to capitalize on his profile than The Window which just disappeared.

So the problem continues: Liverpool retain a fragile stomach in their otherwise world-class squad, as the pricing of potential suitors appears to have sabotaged ‘sell-to-buy’ prospects.

Whether this proves to be fatal remains to be seen, and thankfully Klopp is still confident in success on multiple fronts with the players he has.

But the supporters are well within their rights to question the position taken throughout the summer.