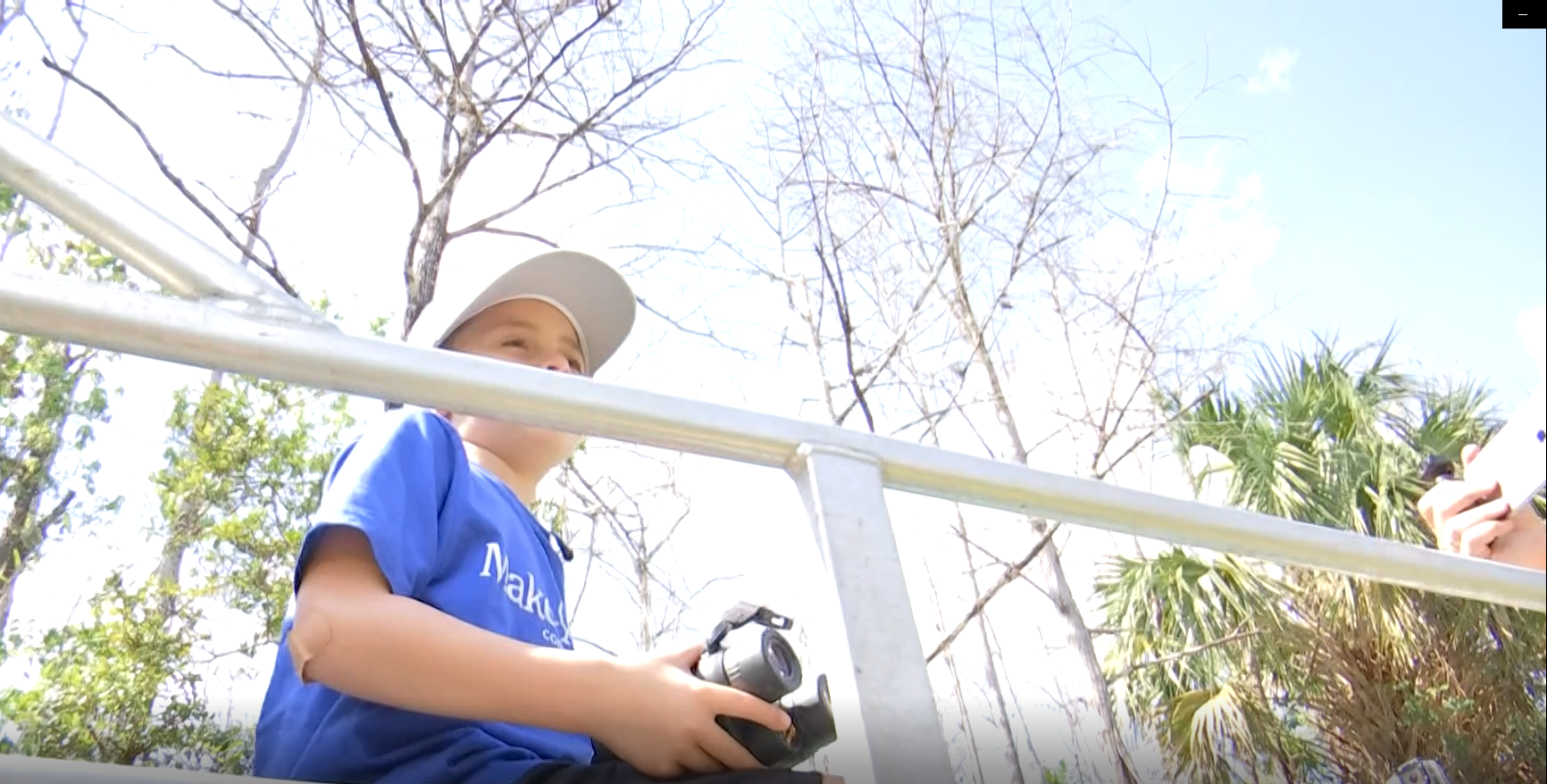 A child battling cancer was able to live his dream for a day. Eight-year-old Oban Birmingham drove all the way to Collier County from Connecticut. And, he got to go behind the scenes as a wildlife photographer at the Audubon Corkscrew Swamp Sanctuary.

Between alligators, pigs and birds, Oban saw it all on Monday. He was even able to see a video of two Florida panthers, captured by a camera along a trail.

On the back roads of the Audubon Corkscrew Swamp Sanctuary on Monday, Oban just had to get as close to the wildlife as possible. “It’s… oh my god, I have no idea, oh my god, I have to take a closer look,” he said.

Oban became an explorer and naturalist on Monday instead of a child with cancer.

“Hard. It’s been a bit frustrating too,” Oban added.

Now Oban is thankfully in remission. But, he didn’t even have to think about his cancer. Her Make-A-Wish wish came true! He finally gained access to his happy place – the Corkscrew Swamp Sanctuary.

“It’s Oban and his personality and who he is. And that’s just all we wanted from the start of the diagnosis is that we just wanted him to be back to who he was and who he wanted to be,” Birmingham said.

Oban saw a lot of creatures on Monday, but he hopes to see a real-life Florida panther one day.

Copyright 2022 Fort Myers Broadcasting Company. All rights reserved. This material may not be published, broadcast, rewritten or redistributed without prior written permission.