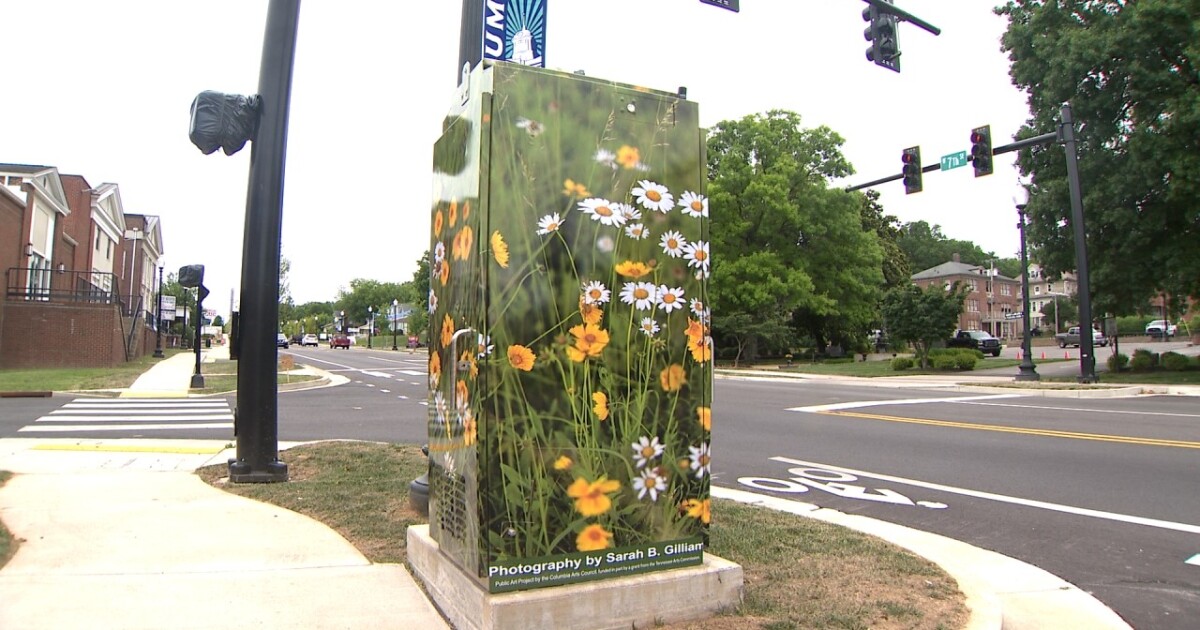 COLUMBIA, Tenn. (WTVF) – A town in central Tennessee is adding a bit of art in unexpected places. It’s all part of a sprucing up effort that requires a bit of out-of-the-box thinking.

Capturing the uniqueness of his city is always a goal for photographer Ross Jaynes.

“I’ve been taking photos of Columbia for a very long time, I’ve lived in Columbia most of my life,” he said.

His work is very linked to the city. Walk into City Hall, and there’s his work on the wall. Then there’s his photo gallery of the Columbia Courthouse.

“It looks like a postcard or something from a Norman Rockwell painting,” Ross said.

Ross is ready to do anything to make a special place even more special.

You know those big metal utility boxes you see around your town? Well, Columbia had an idea. Turn them into art.

“It’s a box that contains all the electrical stuff from what I can gather,” laughed Ross. “I could be completely wrong, but it’s here for utilitarian purposes. Now we’ve wrapped them up downtown with some photos.”

The artwork was created through a grant from the Tennessee Arts Commission with the Columbia Arts Council contributing the work of both photographers.

For Ross, it’s just a creative idea to make a place he loves even more unique.

“They’re there, and they’re giant eyesores,” Ross said of the unchanged utility boxes. “If we can spruce them up, I’m all for it! Let’s do it. Let’s make our town different from any other town in Tennessee.”