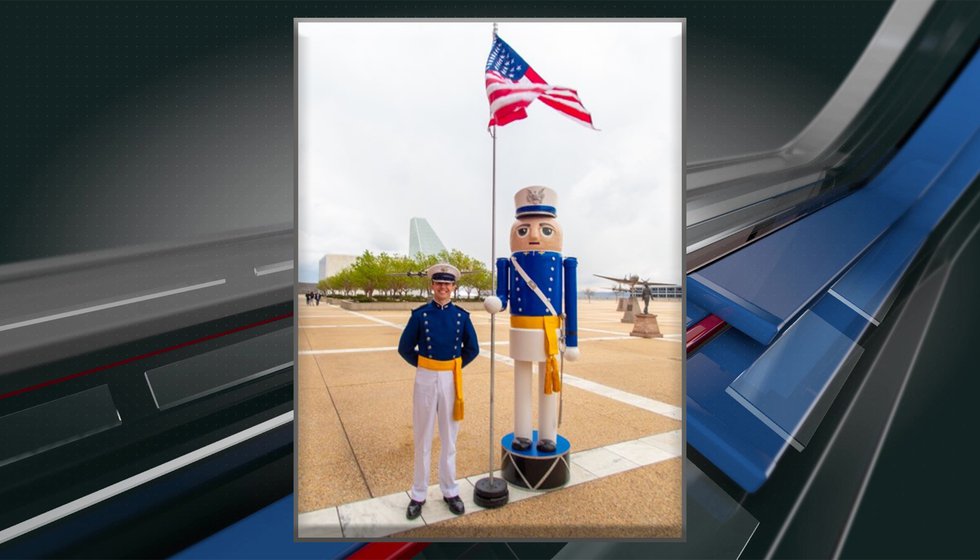 MOTT, ND — These round oatmeal boxes have inspired many children’s Valentine’s Day boxes.

Mott’s artist, Betty Ruggles, had been saving these boxes of oatmeal for years, with the intention of one day turning them into a nutcracker.

His small idea quickly grew into something much bigger.

The pages of this scrapbook are filled with souvenir photos of Betty Ruggles’ work.

“I was a farmer and I used to sew,” Ruggles explained.

She sewed her daughters’ ball gowns and wedding dresses. She eventually returned to college.

“I didn’t know anything but sewing,” she says.

This brought her to the theater department, making costumes. She also started making sculptures. Since then, she has made dozens of sculptures.

This latest project is one of his biggest projects. Ruggles sculpted this nine-foot nutcracker from a number of materials, including wood, epoxy, polystyrene and liquid plastic. She hadn’t intended this sculpture to be so large.

Before she knew it, Ruggles was creating an Air Force Academy uniform for this nutcracker.

His inspiration: his grandson Brooks, who just graduated from the academy.

Every detail has a special meaning.

“My husband was in the Air Force and here are the buttons on his jacket. And so I made a mold of it,” Ruggles explained.

Brooks created the emblem on the hat with a 3D printer.

“He did a really good job,” Ruggles said.

To his surprise, Brooks got permission to display the nine-foot nutcracker at his graduation. Ruggles took the sculpture apart and transported it to Colorado.

“I was kind of excited and humbled because it’s not perfect. It’s just made with a lot of love in the United States,” she said.

But the love of this grandmother for her country and for her family makes this sculpture larger than life, perfectly imperfect.

Ruggles has another grandson who attends West Point. She’s already started making another nine-foot nutcracker, this one in a West Point uniform. She hopes to have it finished by the time her grandson graduates.

How to do underwater photography