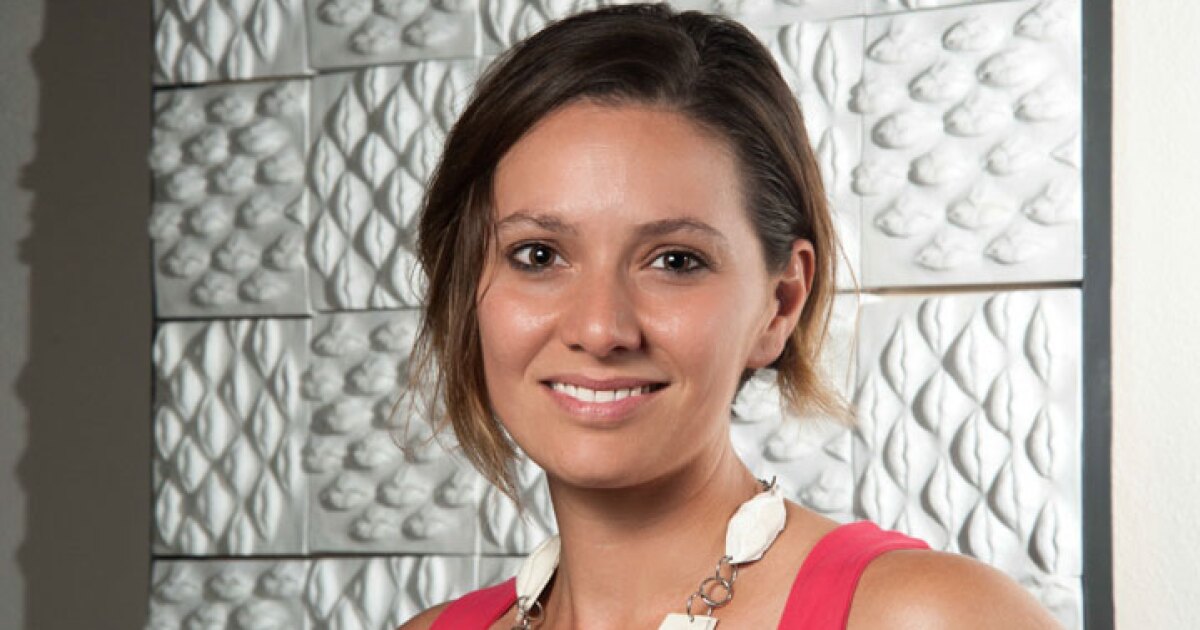 Beliz Iristay began working with ceramics and clay while studying in his hometown of Izmir, Turkey.

â€œI was very curious about the many different techniques in ceramics,â€ said Iristay. “I was in mold making and sculpture, and at the same time I was learning traditional Turkish arts, including miniature and calligraphy techniques, so now I use them in my designs as well.”

Home is where the heart is

After graduating, she worked at an international glass school in Istanbul, where she met her husband, artist Jamex De La Torre, half of cross-border artist couple De La Torre Brothers.

Part of the appeal of this San Diego-Mexico border region, Iristay said, was love.

In 2003, after working together in Mexico for a year, when Iristay was due to return home to Turkey, De La Torre proposed, and the two began living in the United States and Mexico.

She considers the three regions to be her home now, and each adds a certain tension and influence to her work.

â€œThe idea of â€‹â€‹the house has become much more theoretical over the years, and more grounded and rooted in the idea of â€‹â€‹people, language, values â€‹â€‹and traditions. Things that are mobile in a way that a house and physical land are not, â€Iristay explained. â€œSo you can see in my work that I have looked at this, this offshoring and these movements, and I am bringing together the subject material for my work from the traditions, politics and gender issues of these three countries in which I live.”

â€œI’m very mixed in the way I live, so I can reflect that in my work. You can see the mix,â€ Iristay said. His works are a kind of cultural mix not only of subjects but also of materials, stories and forms.

For example, she found local bricklayers in Mexico for the materials – a raw, primitive component – and used this raw clay in the complex and fragile slip casting techniques she learned in the United States. His experience of making ceramics in the Turkish tradition ultimately results in a combination of influence and breaking the rules in his work.

“My background is very specific, everything about the rules of making ceramics with the Turkish tradition, the traditional Turkish ceramics that I was studying. You have all the rules on how to shape clay, firing clay and the painting has to be perfect miniature paintings, very, very detailed, so I try to get out of it over the years and combine all of these techniques together, â€Iristay said.

Besides identity, place, history, and home, much of Iristay’s work also deals with gender. One work that will be part of the San Diego Art Prize exhibition in two versions is “Cundina”. One version, an older work, is a grid of porcelain tiles, each with casts of her lips. A new version of the coin features lips set in a rough brick.

The idea of â€‹â€‹women being seen as “contemptuous” is a common problem in Turkey, said Iristay, and one of the reasons she wanted to use her own mouth as a literal, tangible part of her job.

“Cundina” is inspired by a traditional Mexican gathering of women that Iristay discovered when she began working in Mexico.

â€œThis has been going on for centuries. Centuries and centuries. And oddly enough, when I discovered the ladies in my ceramics class – I gave workshops there to the locals – they kept telling me: â€œOkay, what are we doing for the cundina this week?â€ Said Iristay.

Her students told her that for more than 25 years they have met several times a month to share a meal and raise funds – either for a group member in need or to support charity – and also as a means of create a community. .

â€œThey get together, they eat, they talk. It’s kind of a complete therapy. It makes them really strong,â€ Iristay said.

La cundina in Mexico reminded her of a similar philanthropic gathering that her mother had organized in Turkey, and it amazed her that the philosophy links different cultures from opposite corners of the globe.

She followed her students’ cundina to Mexico and filmed it, and the resulting documentary video is also projected on the wall panel. Comprised of hundreds of her molded lips, the work reflects the power and voice that women can find in numbers.

Styling parts of the female body into a repeating artistic motif is reminiscent of Turkish traditions.

RELATED: 5 Works of Art to See in San Diego in August

Iristay will also feature several other works in the San Diego Art Prize exhibition, including brick and wall tiles that explore the complex politics of gender and sex.

Opening reception: October 9 from 5 p.m. to 8 p.m.
At the reception, The Color Forty Nine will perform and screen the music video they created with Crosthwaite.