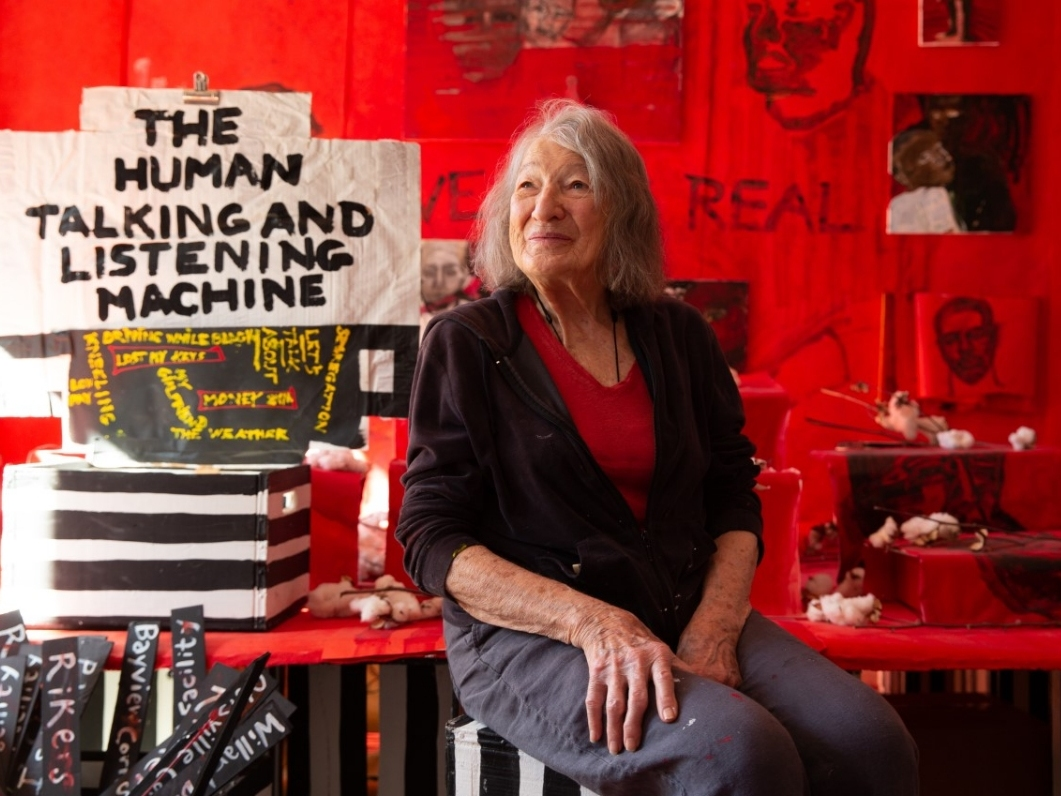 UPPER WEST SIDE, NY – Henrietta Mantooth, 97, is an Upper West Side artist showcasing her work at a neighborhood festival later this month.

She was born in 1925, the same year Benito Mussolini declared he was taking over Italy, or when Calvin Coolidge was in the middle of his first term as President of the United States, or four years before the stock market crash of 1929.

“Painting is about bravery. For both the artist and the viewer,” Mantooth said in a press release about the event. The 97-year-old describes her work as a “testimony” as it generally focuses on those “who are usually anonymous – the refugees, the rebels, the incarcerated, the farmers, the men and women who care for and defend their land, their homes, their children, their animals and ideas.”

During her career, her work has been exhibited at institutions such as the Sao Paulo Biennale and the Museum of Modern Art of Brazil at the Ford Foundation Gallery in New York.

The Gold Standard Arts Festival is promoted as the only multi-disciplinary arts festival in the United States celebrating the artworks of seniors.

“We see this festival as a great way to nurture, highlight and celebrate a demographic that has been largely ignored in the arts,” said Eileen Katz, one of the festival’s creators, in a press release. . “We live in a great time of inclusion and diversity, and we want to add this demographic to the dialogue.”

You can buy tickets for the Upper West Side festival here.